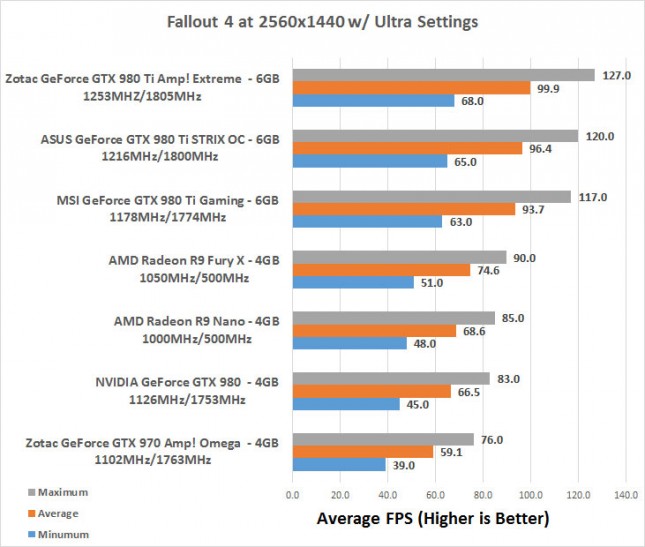 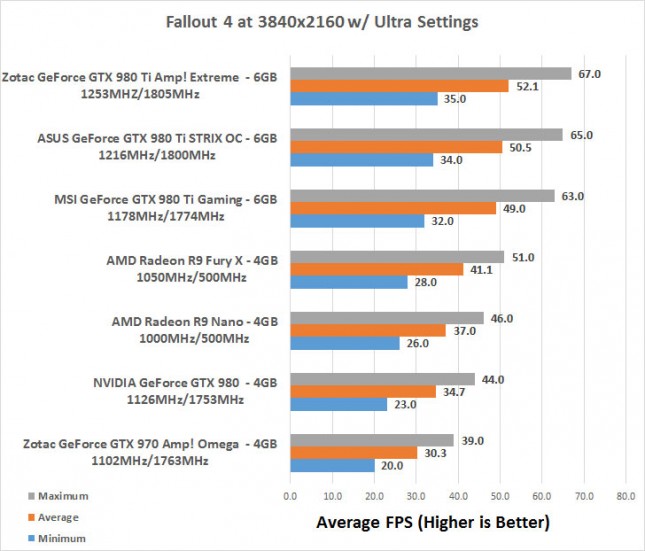 Benchmark Results: When we increased the resolution to 3840×2160 for some 4K gaming goodness the performance gap remained the same.