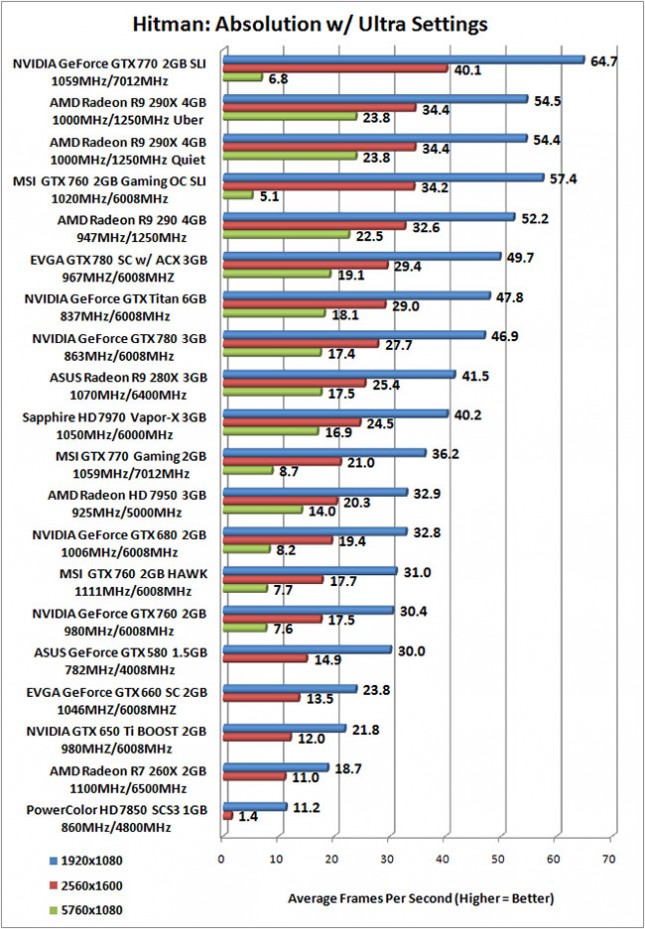 Benchmark Results: The AMD Radeon R9 290 did really well in Hitman: Absolution thanks partly to the fact that is has 4GB of GDDR5 memory and this game title loves using a ton of frame buffer with these settings. The NVIDIA GeForce GTX 780 just couldn’t compete at any of the resolutions and even the overclocked EVGA GeForce GTX 780 Superclocked card got beat by the stock Radeon R9 290.