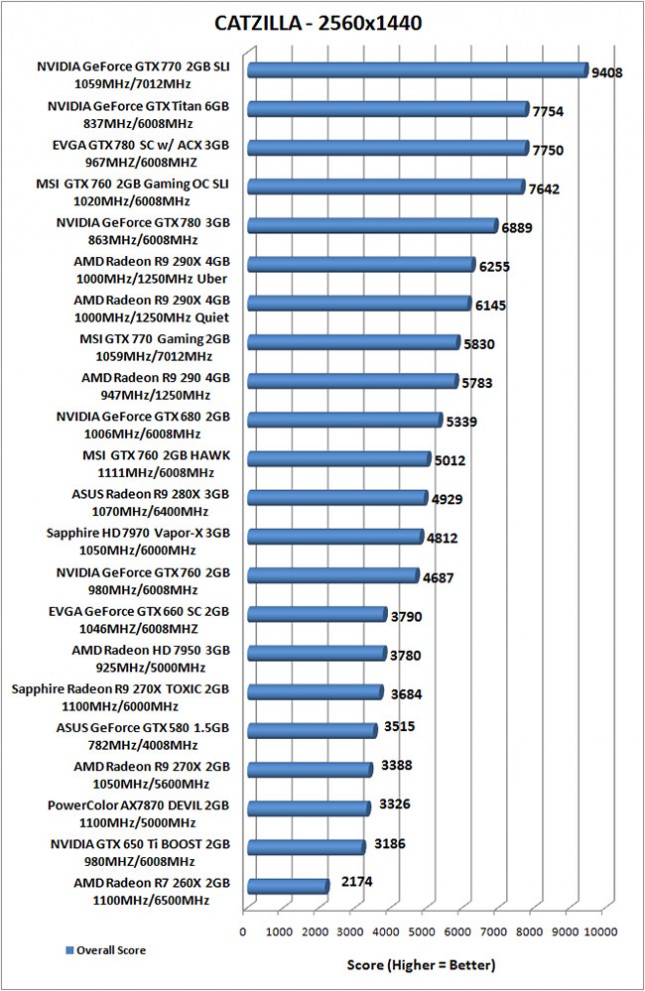 Benchmark Results: The AMDRadeon R9 290 scored 5783 points in the 1440P Catzilla benchmark. This is a respectable score for this benchmark.