Temperatures are important to enthusiasts and gamers, so we took a bit of time and did some temperature testing on both Radeon R9 270X video cards 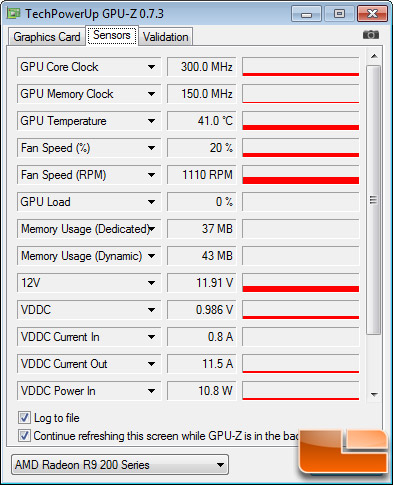 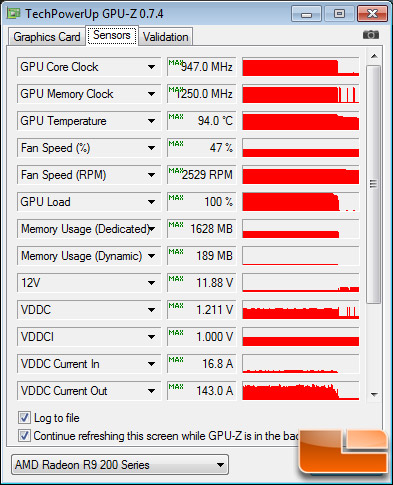 The temperature target of the AMD Radeon R9 290 is set to 95C by default, but GPU-Z showed that we were hitting 94C and not going over that temperature. The fan was spinning at 2529RPM or 47%. You can manually control the maximum fan speed in AMD Catalyst Control Center to anything you desire, but it will impact performance as everything is dynamic and linked to one another. 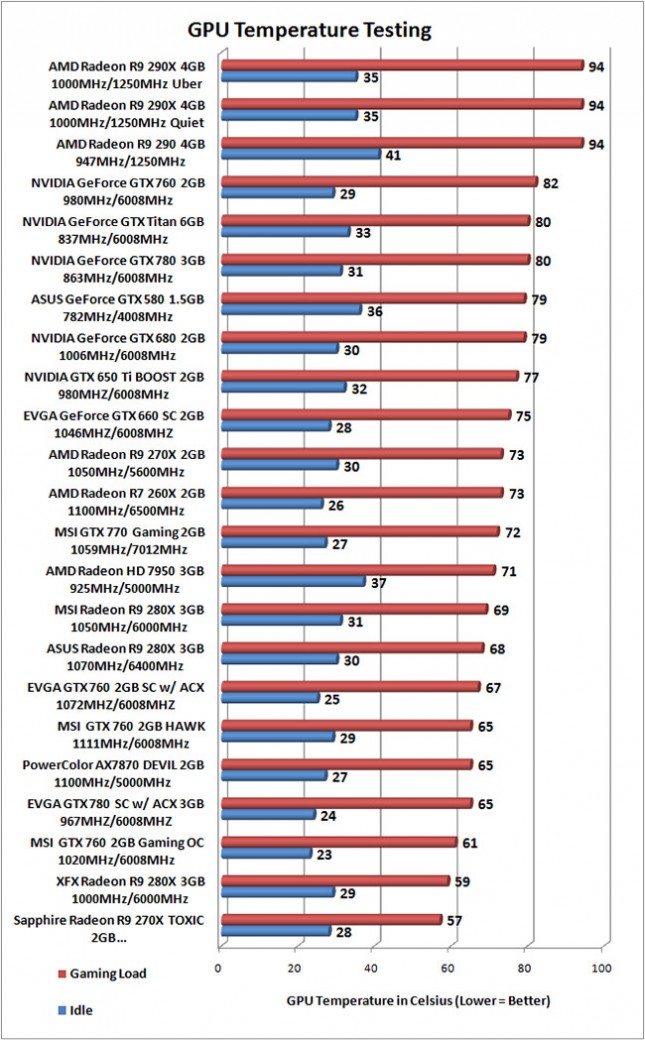 We recently upgraded our sound meter to an Extech sound level meter with ±1.5dB accuracy that meets Type 2 standards. This meter ranges from 35dB to 90dB on the low measurement range, which is perfect for us as our test room usually averages around 36dB. We measure the sound level two inches above the corner of the motherboard with ‘A’ frequency weighting. The microphone wind cover is used to make sure no wind is blowing across the microphone, which would seriously throw off the data. 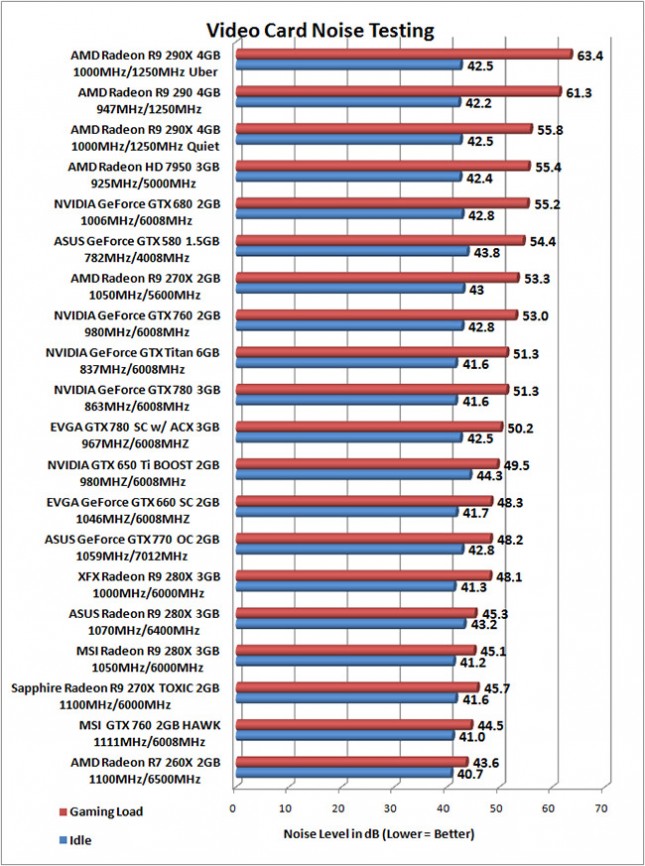