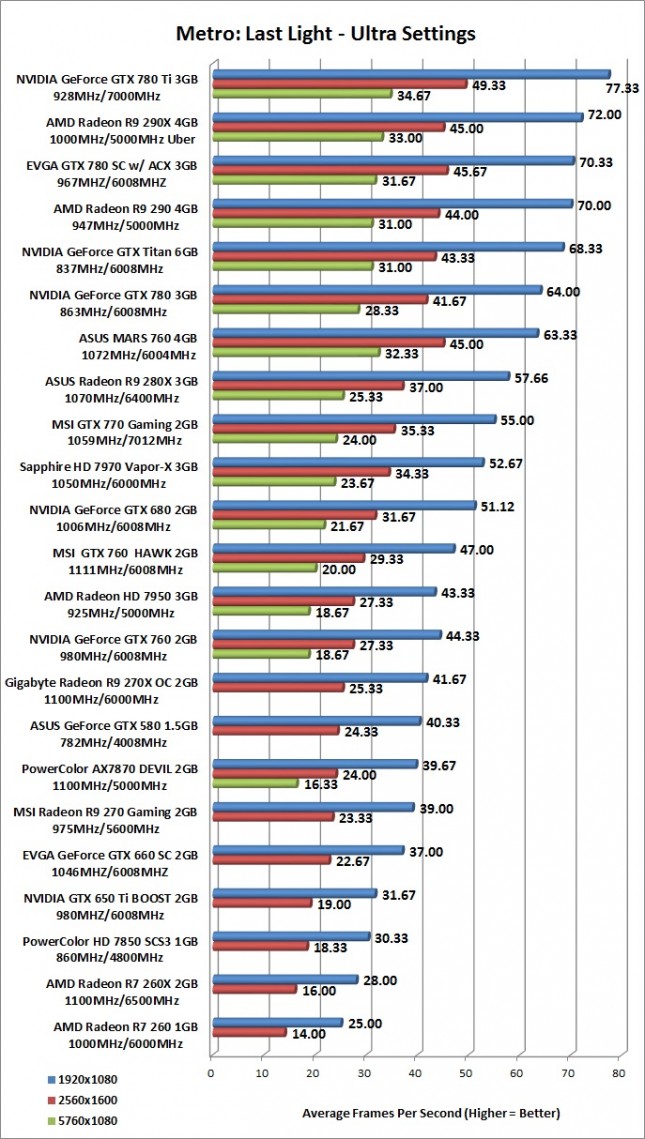 Benchmark Results: Metro: Last Light is pretty tough on graphics cards, so we were shocked to see that we averaged just 25FPS at 19×10. This is only 3FPS or 10.7% behind the AMD Radeon R7 260X.