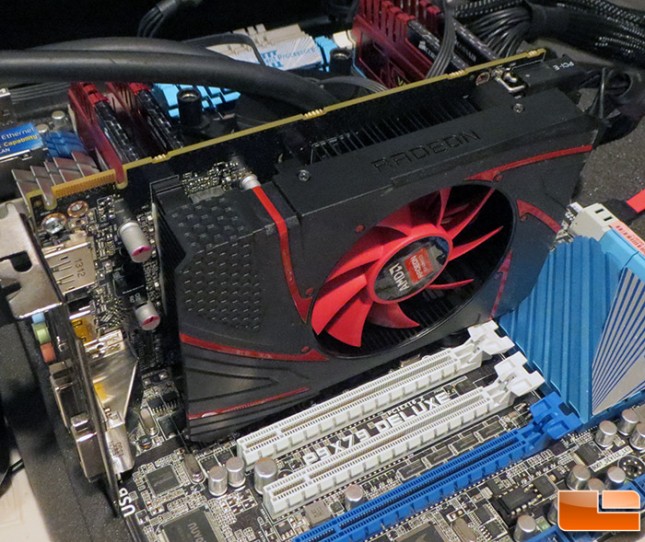 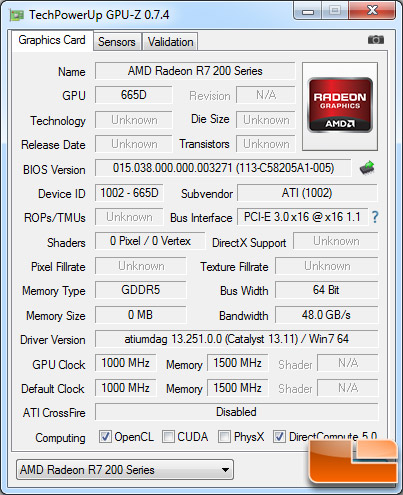 As you can see GPU-Z 0.7.4 doesn’t properly read the AMD Radeon R7 260, so we won’t be using this utility for monitoring the card.