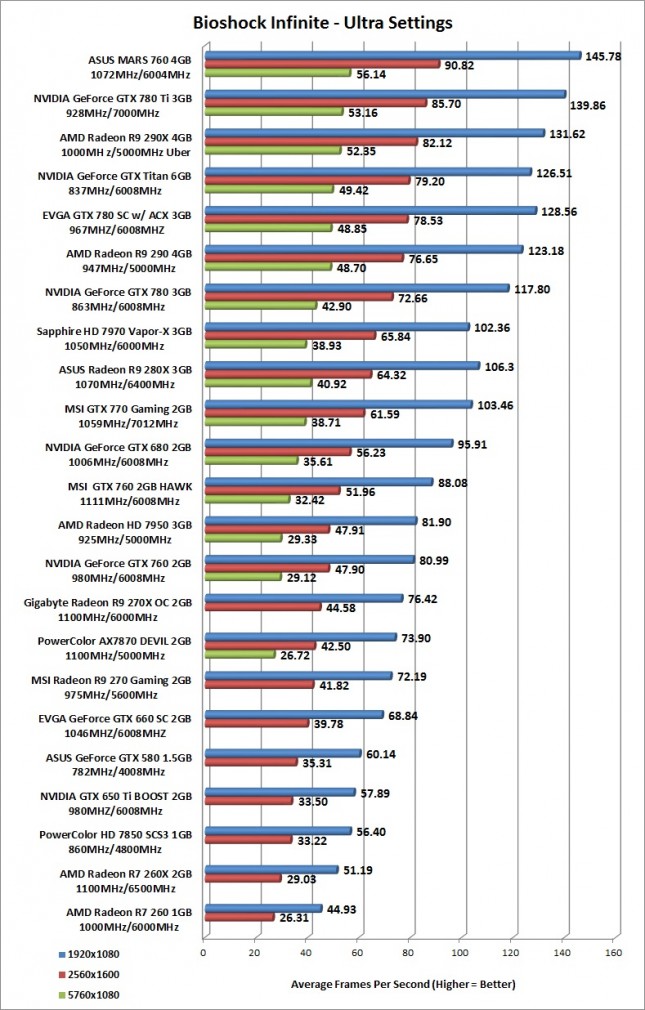 Benchmark Results: In Bioshock Infinite the AMD Radeon R7 260 1GB was able to average ~45 FPS at 1920×1080 and the game was easily playable with this budget friendly graphics card.