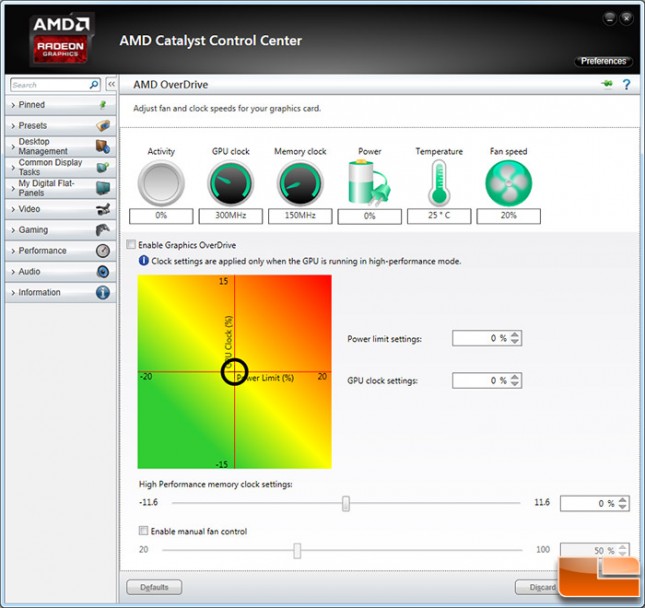 The AMD Radeon R7 260 1GB comes clocked at 1000MHz on the core and 1500MHz on the memory. You can increase the GPU clock speed by 15% and the power limit by 20% using the heatmap and then there is a slider to overclock the memory up to 11.6% below that. You can also control the fan speed manually with AMD OverDrive. 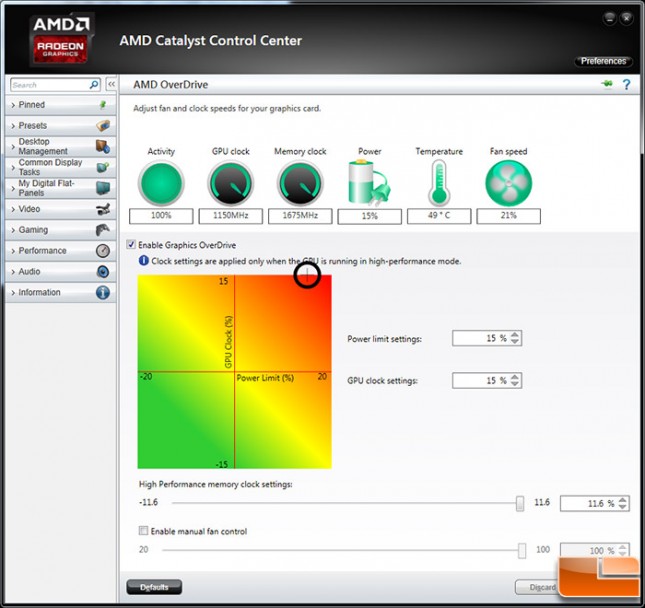 We were easily able to overclock the AMD Radeon R7 260 to 1150MHz on the core and 1675MHz on the memory. With these clock speeds we were able to get noticeable performance improvement in most game titles without any tearing or artifacts. We tried using overclocking utilities from ASUS, EVGA ans Sapphire to further overclock our reference card, but none would work with the Radeon R7 260 just yet.

The AMD Radeon R7 260 1GB video card scored 3342 with the stock frequencies and then we were able to reach 3675 3DMarks with the allowable overclock in AMD OverDrive.  This is an improvement of 333 3DMarks or 9.9%. The AMD Radeon R7 260 appears to be a card that is overclocking friendly and we would think that it will be able to go higher than this once third party overclocking utilities are released by the add-in-board partners.

A quick look at these two game titles showed there was a around a 12% performance increase to be gained from our overclock!