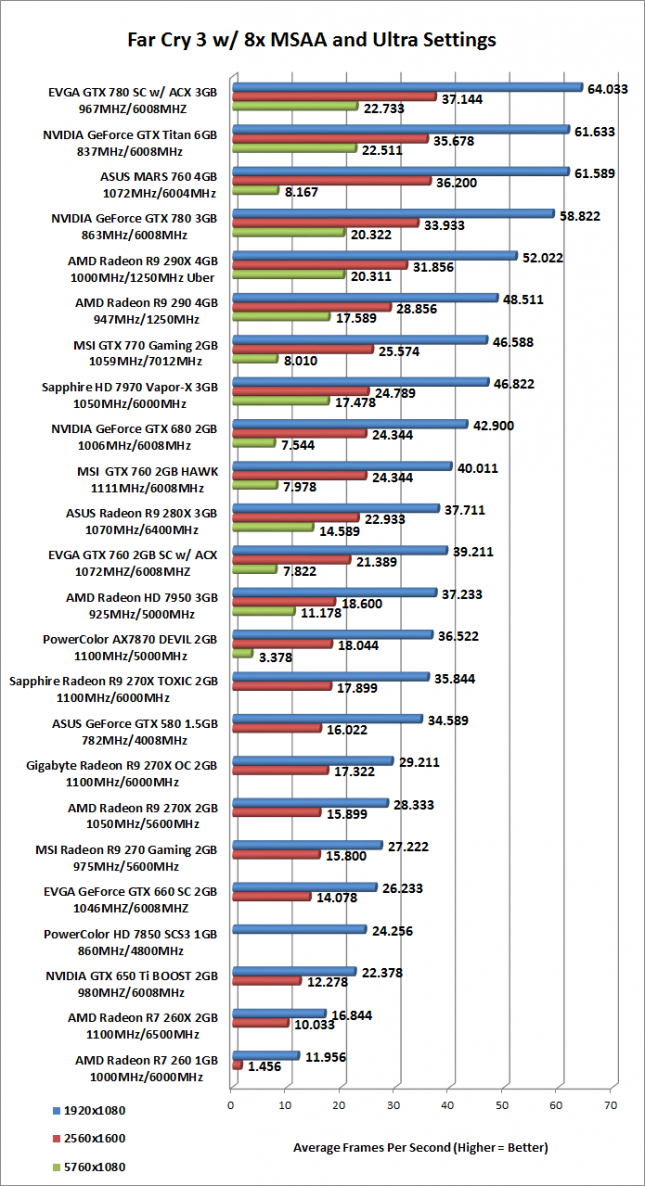 Benchmark Results: In Far Cry 3 with our aggressive test settings of Ultra preset image qualities and 8X MSAA the AMD Radeon R7 260 didn’t do that hot. We averaged just 12 FPS with these settings at 1920×1080. If you were playing Far Cry 3 on this card as a gamer you’d want to turn off MSAA and run it with high image quality settings at 1920×1080. We have to test $100 to $1000 video cards, so it’s hard to find settings that will work for everything as we want to push the enthusiast cards that often have 3-6GB of memory on them.