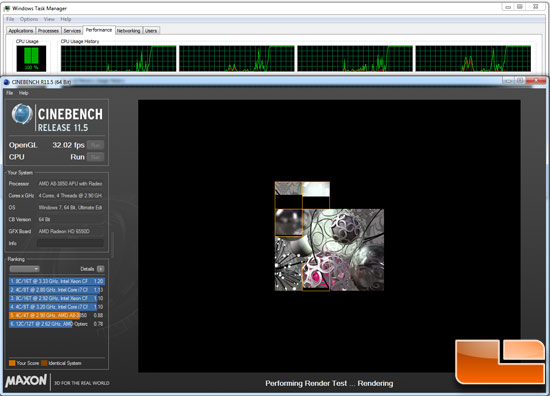 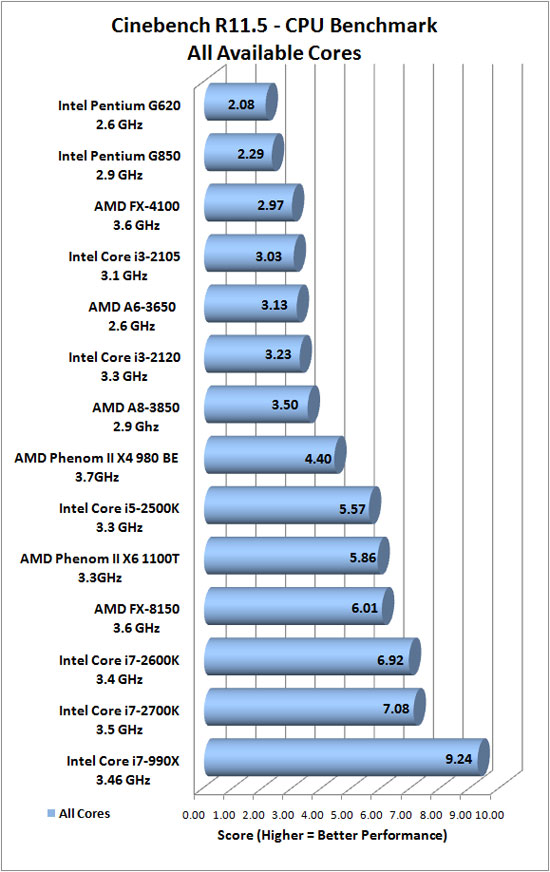 Benchmark Results: When it comes to multi-core performance the AMD FX-4100 scored 2.97 points, which is on the lower end of processors on our chart. 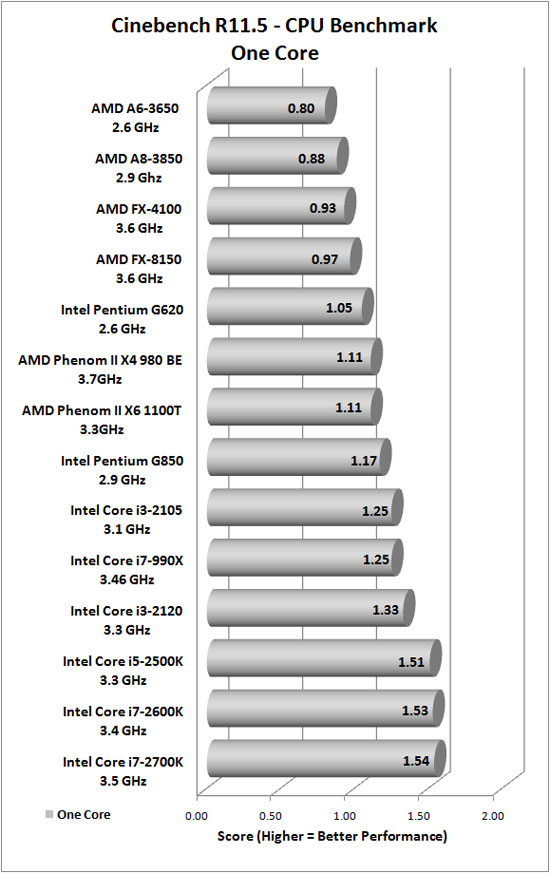 Benchmark Results: The FX-4100 processor doesn’t do too hot on the single core performance test and placed third to last.