The most significant change from the end-user point of view between
versions 3.6 and 3.7 is the addition of SMP (symmetric multiprocessing)
support, which, in a nutshell, allows the renderer to run on as many
CPU’s as you have installed on your computer. This will be particularly
useful for those users who intend on purchasing a dual-core CPU or who
already have a two (or more) processor machine. On a two-CPU system the
rendering speed in some scenes almost doubles. For our benchmarking we
used version 3.7 RC3, which is the most recent version
available. The benchmark used all available cores to complete the
render. 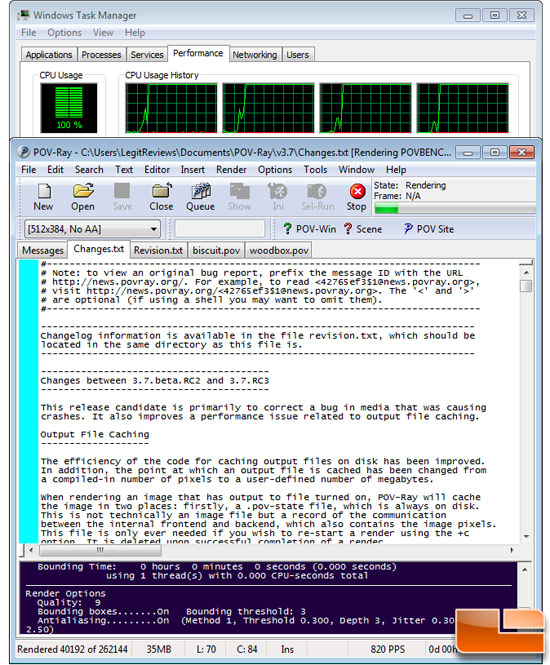 Once rendering on the object we selected was completed, we took the elapsed time from the dialog box, which indicates the exact time it took for the benchmark to finish the benchmark. A lower time indicates faster system performance. 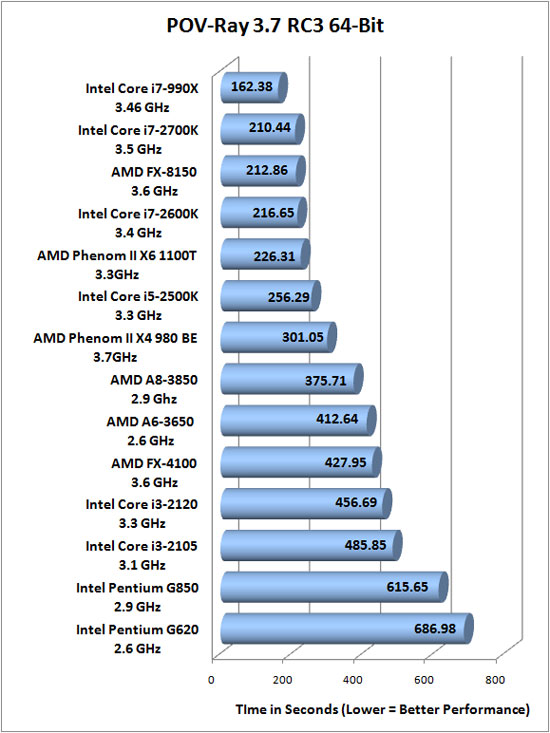 Benchmark Results: The AMD Bulldozer FX-4100 finished the POV-Ray benchmark in 428 seconds and was found to be slower than the A8-3850 once again. It was faster than the Intel Core i3-2020 in this test though, which hasn’t happened too often.