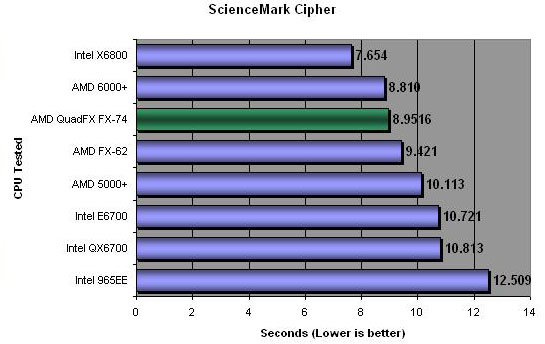 Primordia “calculates the Quantum Mechanical Hartree-Fock Orbitals for each electron in any element of the periodic table.” We ran the benchmark on default using Argon as our element. 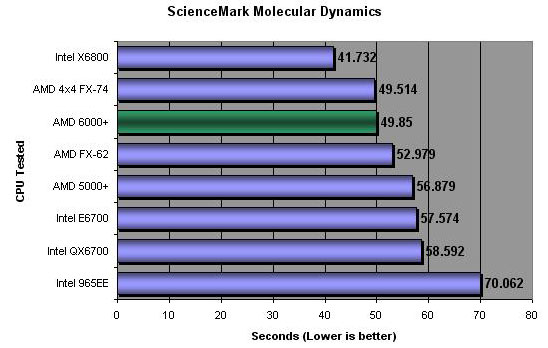 As you can see, our Sciencemark results show that processor frequency is all that matters in Sciencemark and the E6700 and QX6700 both score nearly the same as both are 2.66GHz processors. Cipher and the Molecular Dynamics are led by the X6800 Core 2 Duo, followed by our AMD chips, the FX-62 and the 5000+.