Since power consumption is a big deal these days we ran some simple power consumption tests on our test beds.  Both systems ran with the same memory, power supplies, case fan, video card and hard drive model.  To measure idle usage we ran the system at idle for one hour on the desktop with no screen saver and took the measurement. 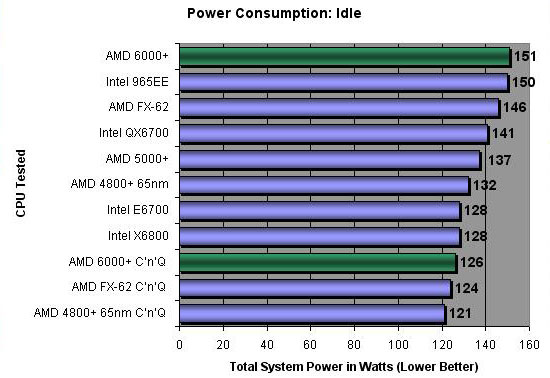 When it came to idle power consumption the AMD Athlon 64 X2 6000+ consumed the more than any of the other processors we tested! By enabling AMD’s Cool’n’Quiet feature we were able to go from consuming the most to nearly the least amount of power! AMD really has made strides with power consumption and when at Idle for those that enable Cool’n’Quiet (C’n’Q in the charts) in Windows. AMD’s 65nm Brisbane based 4800+ processor took the overall lead when it came to having the best power consumption.  For those that are wondering about load results on the 6000+ we got 243W compared to 234W on the FX-62 that it replaces. 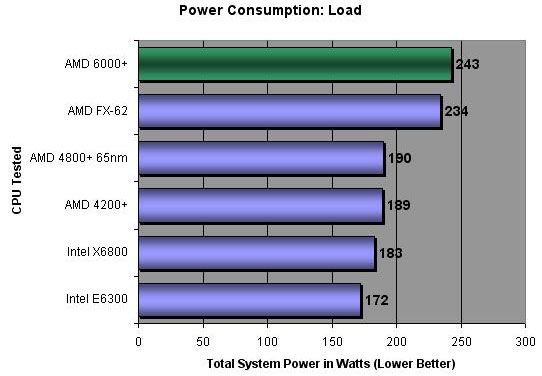 **TIP** If you are interested in saving even more money every month try switching to an Active PFC power supply!