Pricing and Power Use 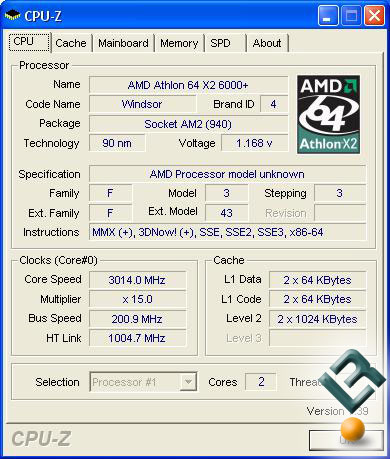 AMD has recently made a good effort at lowering power consumption and heat in their computer processors and many have overlooked this. An example of this is how AMD replaced the 125W FX-62 processor with an 89W X2 5600+ at the same 2.8GHz clock frequency and cache size. Last month on January 22nd, AMD announced the new energy efficient single core processors that have a maximum power spec of just 45W! With the recent launch of AMD’s 65nm parts AMD has moved the maximum power specification down from 89W down to 65W on their desktop processors. While power consumption is going down on a number of processors the power consumption on the 6000+ is going to remain the same as the FX-62 at 125W.

Now that we know what AMD has released and the details behind the launch, we can move forth and look at performance numbers!