RARLAB – WinRar v3.61 has a multithreaded version of the RAR compression algorithm, which improves the compression speed on computers with several CPU, dual core CPU and processors with hyperthreading technology. Multithreading is enabled by default, but you can disable it in “General” part of “Settings” dialog. 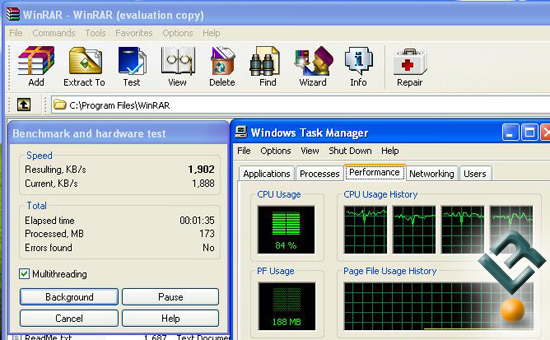 When we ran WinRAR on the Intel Core 2 Extreme Processor QX6700 we noticed that it used roughly 80-84% of the 2.66GHz quad-core processor, so it makes for a decent SMP benchmark. Before we take a look at the multithreaded testing results let’s take a look at the single threaded performance chart. 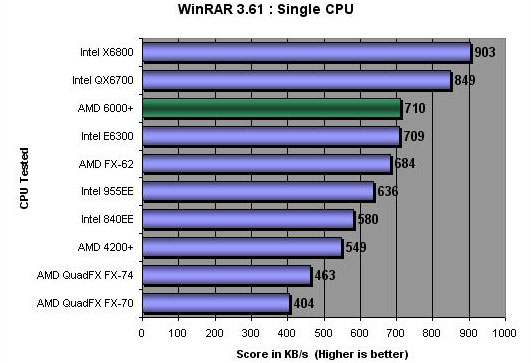 When running WinRAR v3.61 on a number of processors it was noted that Core 2 processors took the lead once again. 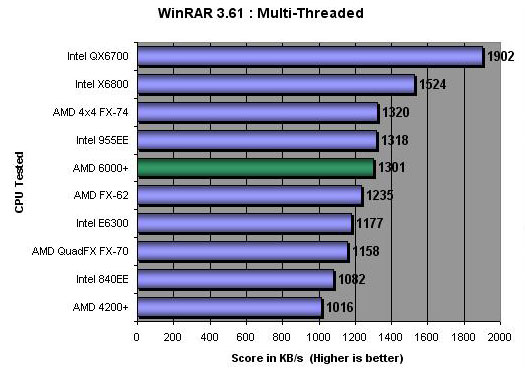 When SMP was enabled the performance greatly improved on all of the processors.  The Intel Core 2 Extreme QX6700 processor easily took the lead thanks to the fact that it had four cores and passed up the X6800 that had the highest score in the single core test.