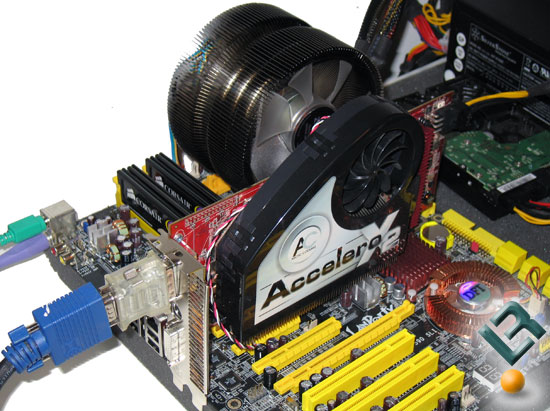 All testing was done on a fresh install of Windows XP Professional build 2600 with Service Pack 2 and DirectX 9.0c. All benchmarks were completed on the desktop with no other software programs running. All of the modules were run in dual channel mode! The memory on the Intel and AMD test platforms with DDR2 memory was run with OCZ PC2-8800 Gold memory running 2GB at 4-4-4-12 2T timings at 800MHz. The memory on the AMD DDR1 motherboard was running 2GB at 400MHz with 2-3-2-6 timings.

Here is the AMD AM2 Test platform:

Everything on the Intel LGA775 test system was identical other than the motherboard.  An Intel D975XBX2 Bad Axe 2 motherboard was used for all of the Intel processors. Let’s move on and take a look at the testing!