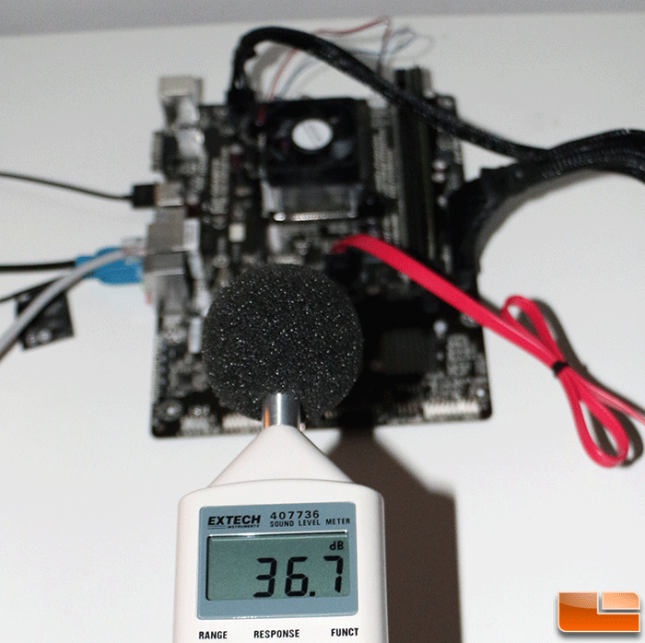 The AMD AM1 platform was nearly silent at idle with a reading of just 36.7 dB from a distance about a foot away from the motherboard. At and idle the processor averaged 9.4C and the fan wasn’t spinning that fast at all. 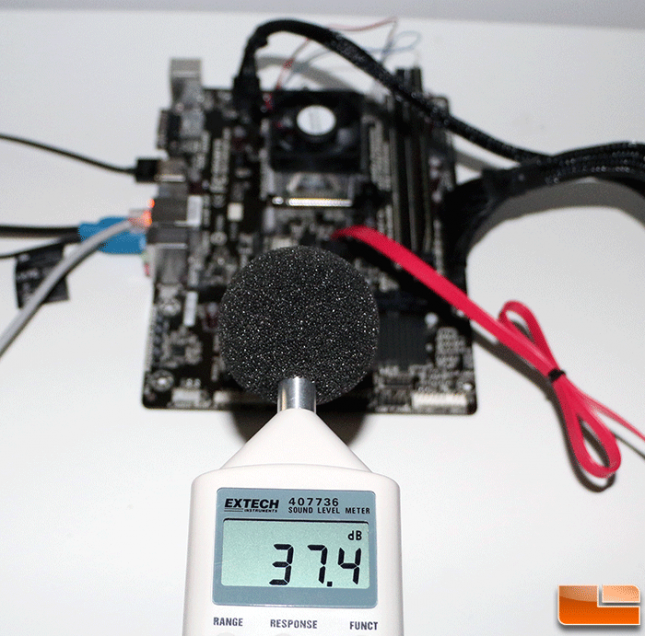 After running Prime95 64-bit for a good half hour to heat everything up to full operating temperature we found that the fan speed did increase, but only by a very small amount. The ramp up caused the sound level to increase to 37.4 dB, but even that is far from what we would consider to be ‘loud’ for a system! 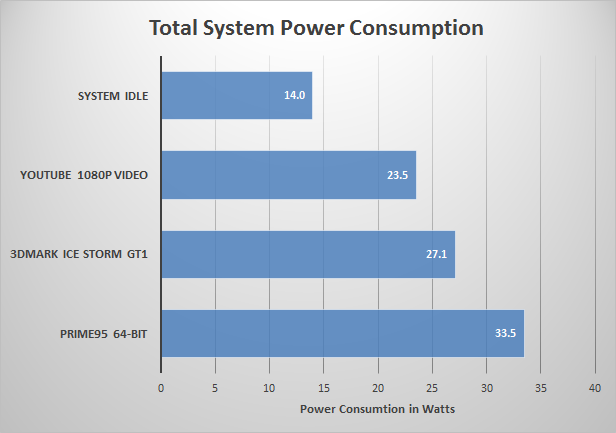 Power consumption of the AMD AM1 platform came out pretty good. Our system idle power jumped around 13.4-14.3 Watts, but averaged out to be 14 Watts, which is pretty nice. When playing videos or running games you can expect to be running around 20-30 Watts and when the CPU is at 100% load with Prim95 64-bit we were able to hit 33.5 Watts at the wall. You certainly don’t need a large power supply for this system!