Earlier this month AMD released the low cost AM1 platform that they believe will succeed in the low cost general everyday use and office markets. The AMD AM1 platform consists of a socketed Kabini Accelerated Processing Unit (APU) and a motherboard with the required FS1b upgradeable socket. AMD’s Kabini APU is a full System On a Chip (SOC) and that was done by merging the APU (CPU + GPU) and I/O controller hub functions into a single chip and that helps keep power usage and costs down.

To do well in this very competitive market AMD will need an affordable platform that has enough performance to get the daily tasks done. The AMD Kabini APU’s range in price from $31 to $55 and the mini-ITX and micro-ATX AM1 motherboards with the FS1b socket range between $25 – $35. That means you could be looking at a fully integrated desktop platform for less than $60! Does AMD have your attention now? Getting a motherboard and a processor for under $60 that can perform ‘good enough’ for most scenarios would be impressive. It should also be of interest to those building HTPC’s, home servers (WHS or Linux NAS) or a Multiple Arcade Machine Emulator (MAME) system. 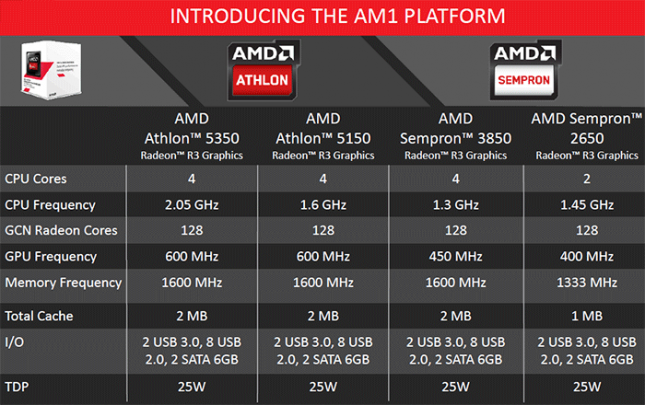 This now means that AMD has three desktop platforms available. You have the AM3+ socket on the enthusiast side, FM2+ for the mainstream market and then the AM1 platform that we are looking at today on the low cost end. 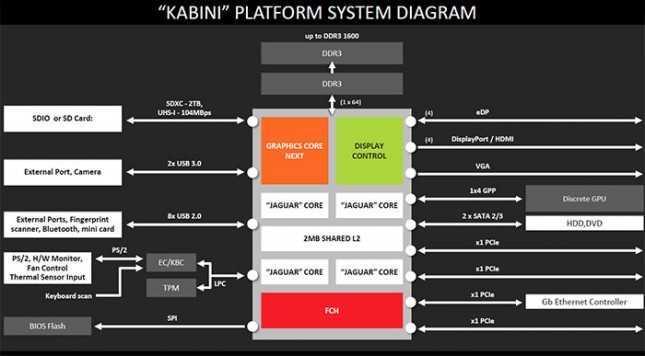 Here is a quick look at the AMD Kabini platform system diagram that better shows the logic that is handled by the APU. Note that motherboard makers have plenty of display options with VGA, DisplayPort 1.2/HDMI and DVI all available to use. There is no need for a ‘chipset’ on the AM1 platform as everything is under the hood of the APU. This means that most AMD AM1 motherboards will be in the $25 to $35 price range. 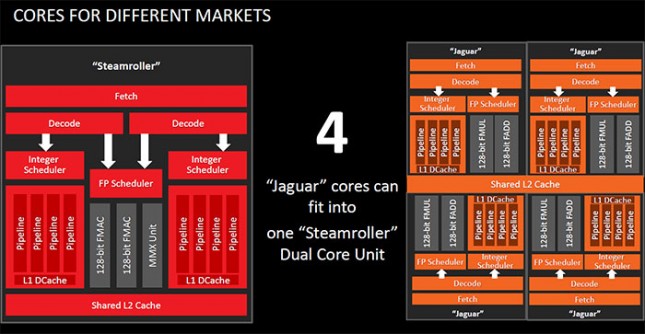 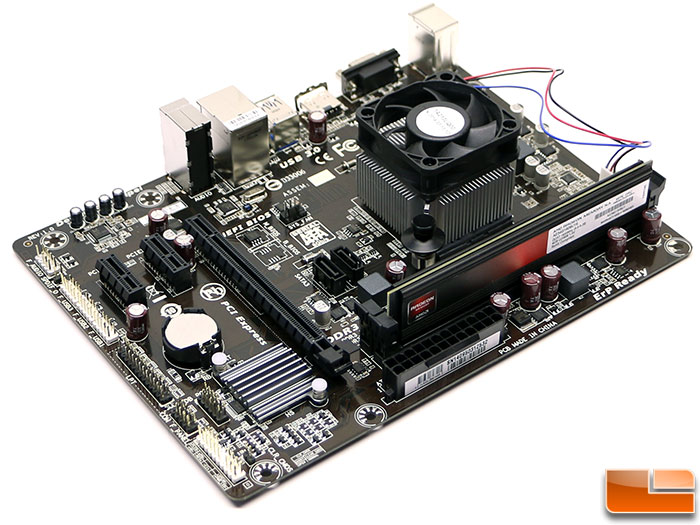 Today we’ll be taking a look at the AMD Athlon 5350 APU on the Gigabyte GA-AM1M-S2H mATX motherboard with 4GB of DDR3 1600MHz AMD Radeon Series Memory. This is considered the high-end of Kabini and it should be interesting to see how the platform does! 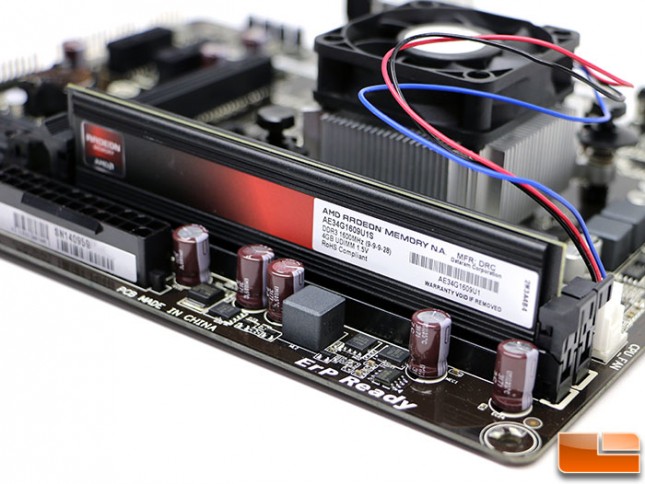 Our test platform came with a single 4GB AMD Radeon Entertainment Series DDR3 1600MHz memory module with CL9 timings (9-9-9-28) and it operates with 1.5V. This memory module is sold under part number AE34G1609U1 for $46.99 shipped with a lifetime warranty. You can get a 4GB DDR3 memory module that runs 1600MHz for $32.99 after rebate, so be sure to check around to get the best deal on the memory module.

This core platform costs $136.98, so you are talking about a very affordable base system. Let’s take a look at the Gigabyte GA-AM1M-S2H motherboard and then get to the benchmarks!