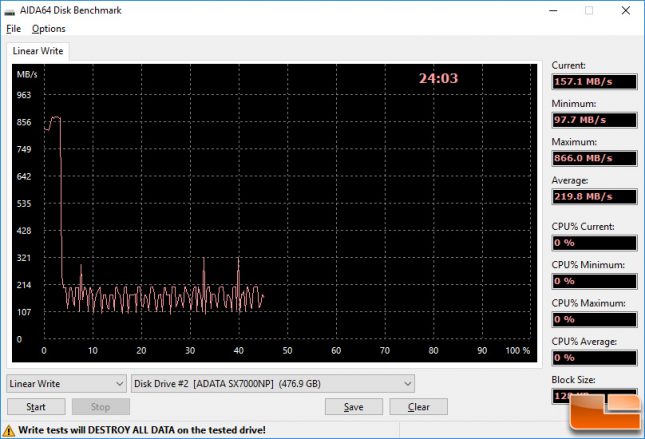 When you take a look at extended sustained write performance you’ll see that the performance started out at around 825 MB/s and then jumped up to 865 MB/s for a bit before falling under 210 MB/s. Once the GAMMMIX S10 512GB drives SLC cache was full and it was writing directly to the TLC NAND Flash memory speeds were down in the 98 MB/s to 220 MB/s range. We wrote almost 225GB of data to the drive and found the average write speed being 219.8 MB/s during that time with the high being 866 MB/s and the low being 97.7 MB/s. 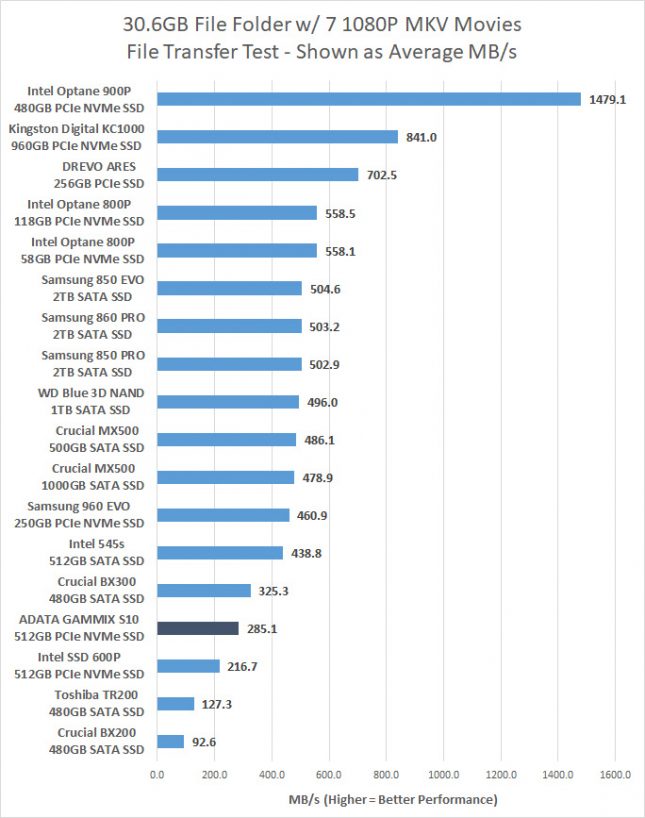 The ADATA XPG GAMMIX S10 512GB drive finished our file transfer test at 285 MB/s, which is the fourth slowest of the drives that we have recently tested. The good news is that it performed faster than the Intel SSD 600P 512GB drive due to the tweaked firmware. This test just goes to show that SATA III drives can easily beat some of the newer and more desired PCIe NVMe drives!