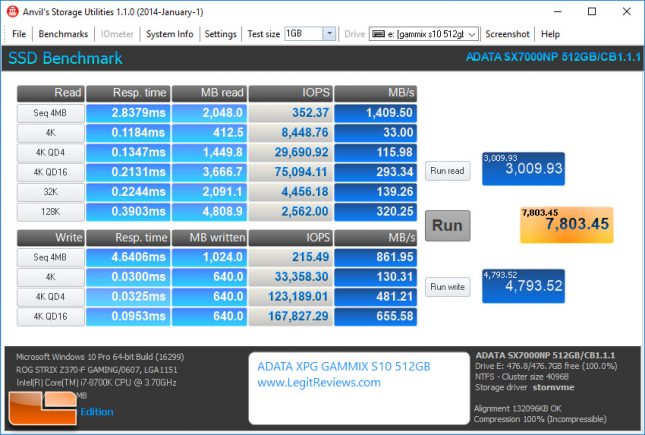 Benchmark Results: The Anvil SSD Benchmark showed that with 100% compression (incompressible data) the ADATA XPG GAMMIX S10 had an overall score of 7,803.45 points. The drive topped out at 1,410 MB/s read and 862 MB/s write speeds on the sequential performance test with 4MB file sizes. 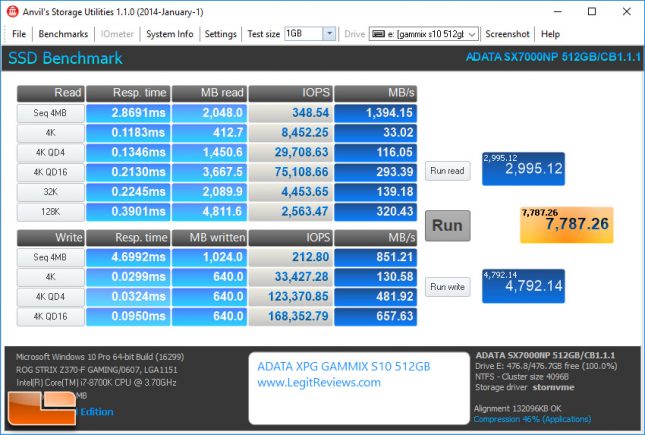 Benchmark Results: With the compression at 46% to help mimic real world applications better we found the overall score dropped to 7,787.26 points. 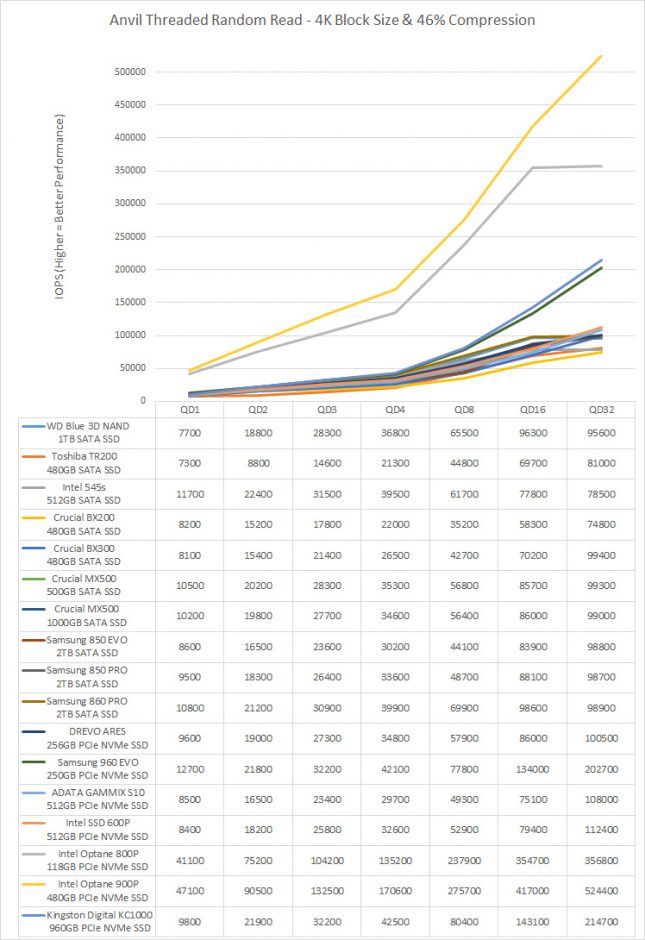 Benchmark Results: When it comes to low queue depth performance the ADATA XPG GAMMIX S10 512GB drive left us wanting more. Many mainstream SATA III SSDs are able to match of beat this drives performance level in the critical QD1-QD4 range. The Intel SSD 600P 512GB drive was comparable at QD1 and then out performed this drive at QD2 and beyond. 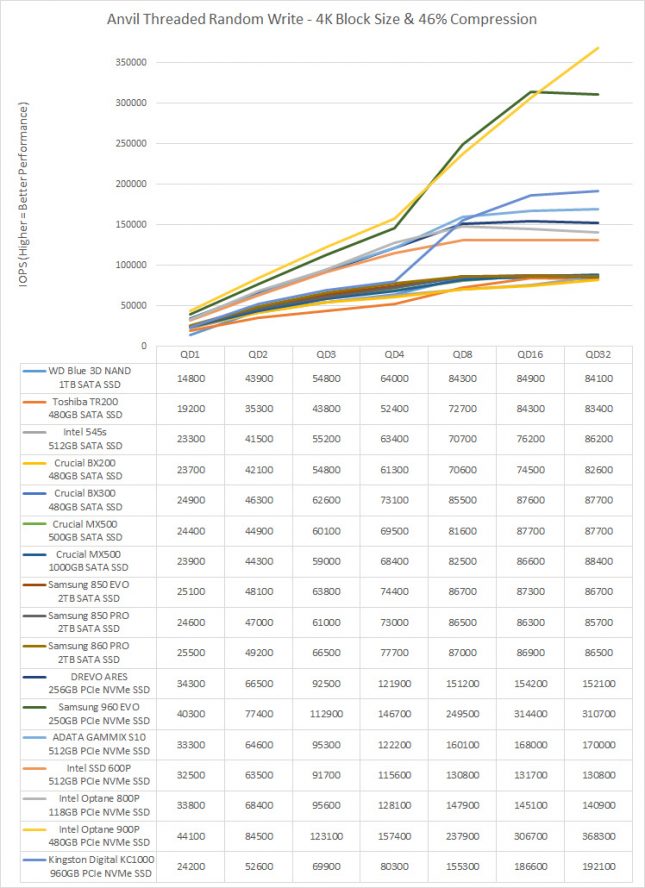 Benchmark Results: When it came to 4K Random Write performance, the ADATA XPG GAMMIX S10 512GB drive was able to perform better than the Intel SSD 600P across the board.  Here we found the QD1-QD4 performance to be better than all the SATA III SSDs, which is good even for an entry-level NVMe drive.