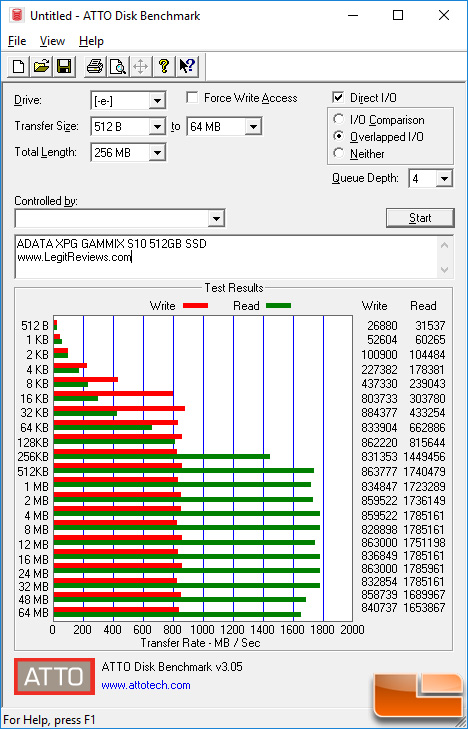 Benchmark Results: ATTO showed the ADATA XPG GAMMIX S10 512GB PCIe NVMe drive reaching speeds of up to 1786 MB/s read and 864 MB/s write in the standard overlapped I/O benchmark. This drive is rated at up to 1800 MB/s max sequential read and 850 MB/s max sequential write, so it is nice to see that our Intel Z370 based test platform is able to reach those speeds. 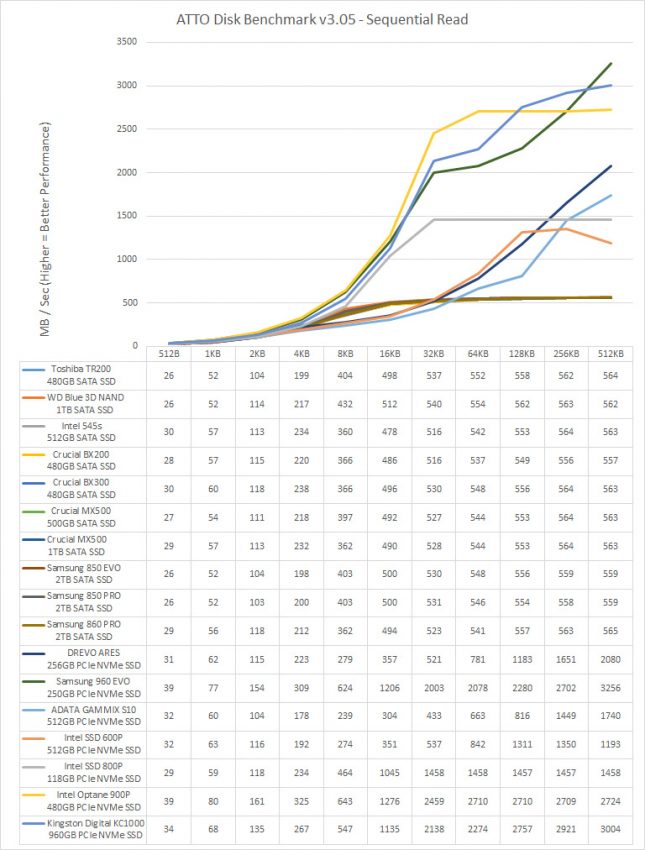 Benchmark Results: Compared to some other SATA III and PCIe NVMe SSDs, the GAMMIX S10 512GB does really well and performs better than all of the SATA III drives at 64KB and larger block sizes. 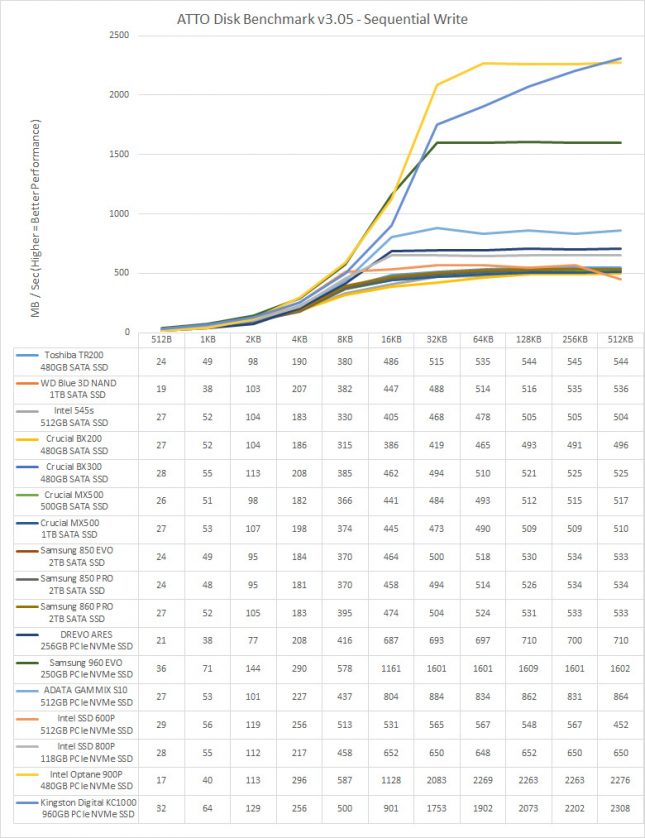 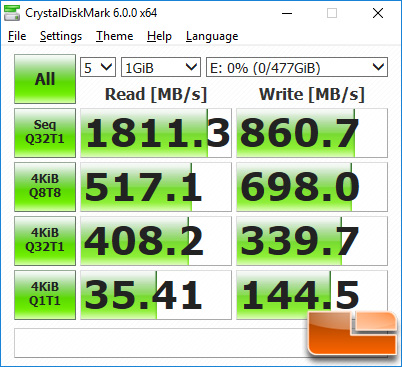 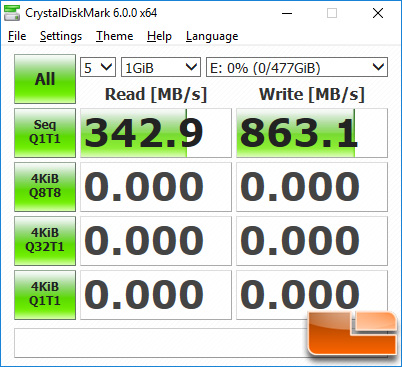 Manually running the sequential performance test at Q1T1 showed performance of 343 MB/s read and 863 MB/s write. The sequential write QD1 performance is faster at QD1 than QD32, so write performance on this model should be excellent as long as its SLC cache doesn’t fill up before the writing is completed.