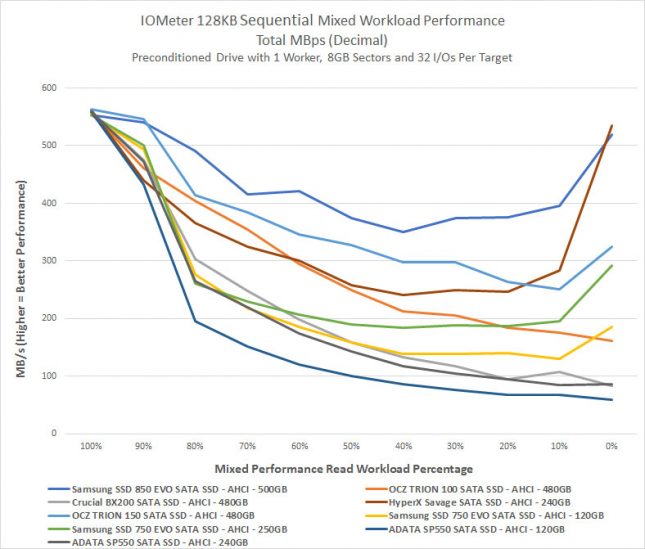 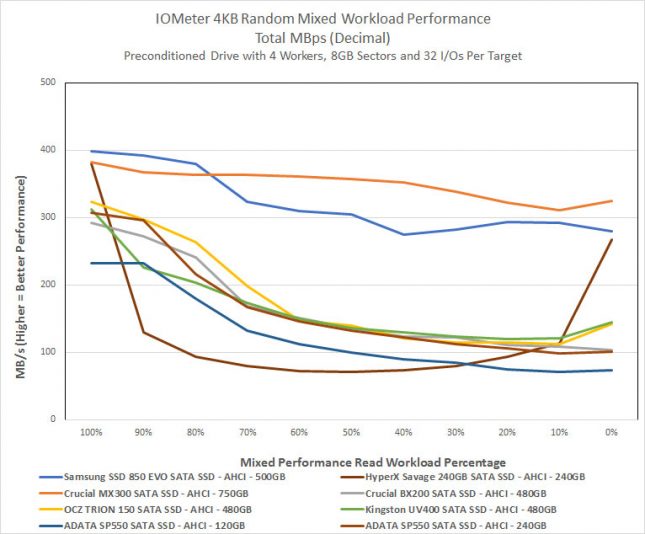 When looking at 4KB Random mixed workload performance again found that performance tapers off as the number of writes increases, but the performance on the 240GB drive was respectable and in-line with other TLC drives.