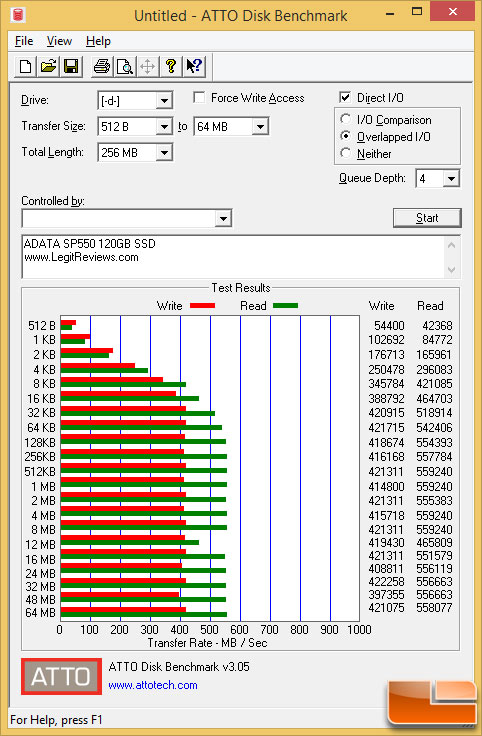 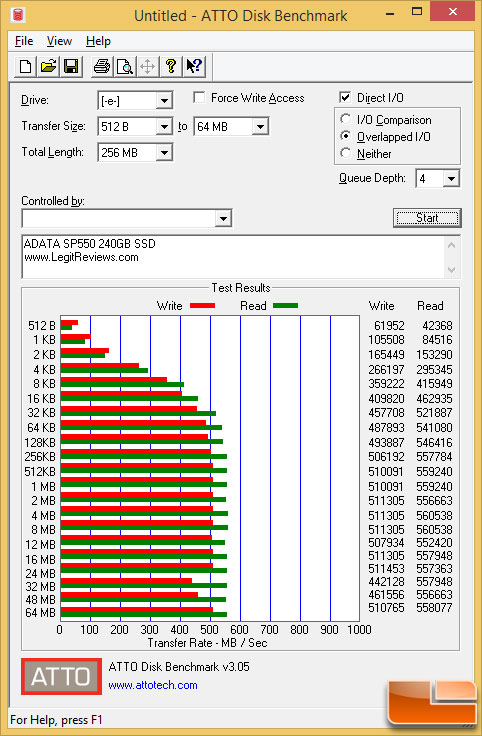 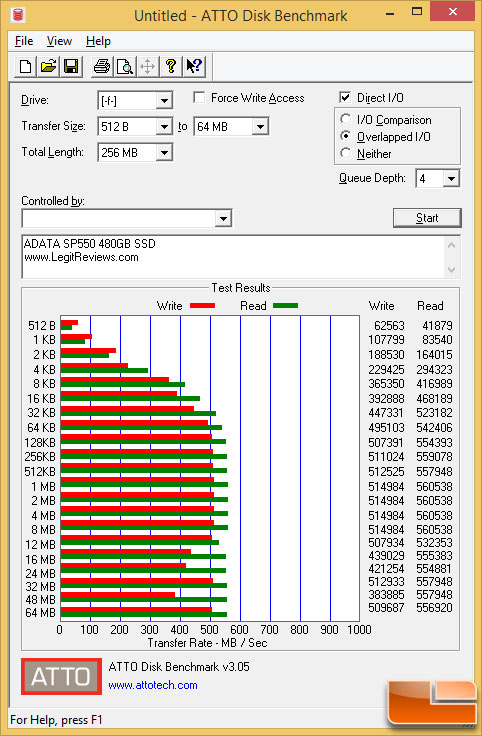 Benchmark Results: The ADATA SP550 120GB drive reached 547 MB/s read and 413MB/s write in the standard sequential write test versus the 549 MB/s and 490 MB/s seen on the large capacity drives. The Random 4K performance on the all of the SP550 drives that we tested were ~30 MB/s read and ~139 MB/s write. When we ran the test again set to 0Fill mode and the results were very similar.