If you are looking for a low cost SSD for you system you have likely seen the ADATA Premier SP550 SSDs for sale online. The Premier SP550 is one of the lowest priced SSDs around and feature a Silicon Motion SM2256 controller and SK Hynix 16nm Triple-Level Cell (TLC) NAND. The ADATA SP550 series offers up to 560MB/s read and up to 510MB/s write speeds for sequential performance and the maximum random 4K Read/Write speeds would be up to 80,000 and 75,000 IOPS. Performance varies greatly depending on the capacity of the drive (120GB, 240GB, 480GB, or 960GB), but those are pretty respectable numbers for an ultra-value SSD that costs as little as $0.21 per GB.

Performance on the ADATA SP550 series is different between some of the models, so if you are interested in buying the 120GB or 960GB version be sure you notice the performance pitfalls.

Street pricing on the ADATA SP550 series are among the lowest you’ll find for any SSD on the market today! Prices start out at $0.32 per GB on the 120GB drive, $0.23 on the 240/480GB drives and finally $0.21 per GB on the largest 960GB capacity drive. Even at these low price points the SP550 series drives still come with a free code for Acronis True Image HD. These prices are without any rebates, so the ADATA SP550 series is certainly affordable and should make for a great upgrade for anyone still running a hard drive that is looking to move to an SSD for the very first time. We’ve heard about people buying these for gaming consoles due to how inexpensive they are! 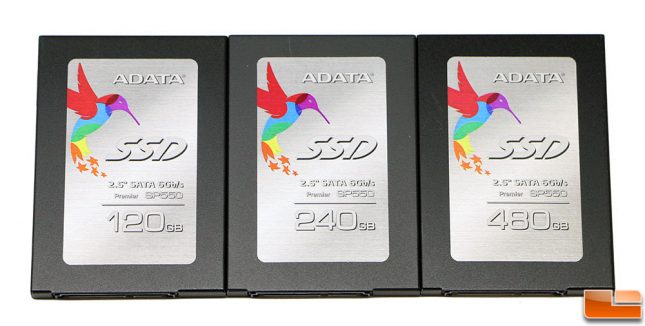 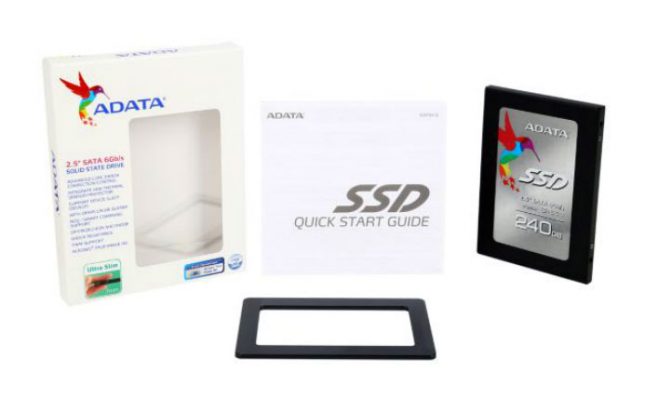 The ADATA Premier SP550 bundle kits include a 7mm to 9.5mm adapter, quick start guide and a key for Acronis True Image HD Software. This software is great for hard drive cloning and the entire upgrade kit makes upgrading from a hard drive to an SSD painless. We always suggest doing a clean OS install with a new drive, but if your drive is in perfect working order you can clone it to an SSD in minutes and have a significantly faster system.

ADATA with with an all metal drive enclosure for the SP550 series and on the back of the drives you can see the product label that has the full part number, capacity, warranty code (serial number) and all that good stuff on it. All of the SP550 series drives are backed by a 3-year warranty. 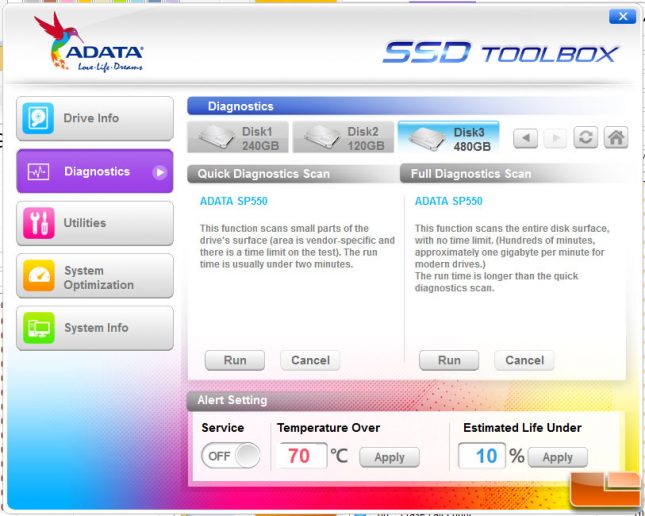 Let’s take a look at the test system and run some benchmarks!