The readout on CrystalDiskInfo 6.8.2 shows that the ADATA SP500 SSD Series drives support S.M.A.R.T., NCQ, TRIM and DevSleep. The drive we received had firmware version O0730A installed and that is the version that we used for general testing and benchmarking as there was no newer version available. All of our drives came sealed in retail packing, but had Power On Counts in the 6-8 range and the health status showed that % of the drives life was left. There appears to be an issue with CDI reading this drives percentage lifetime rating or it was done wrong in the firmware. . 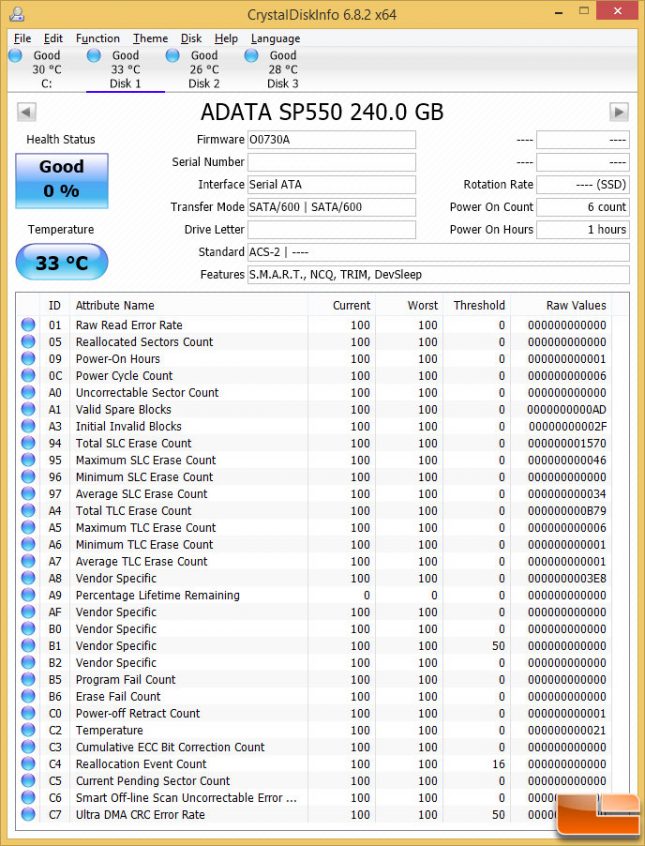 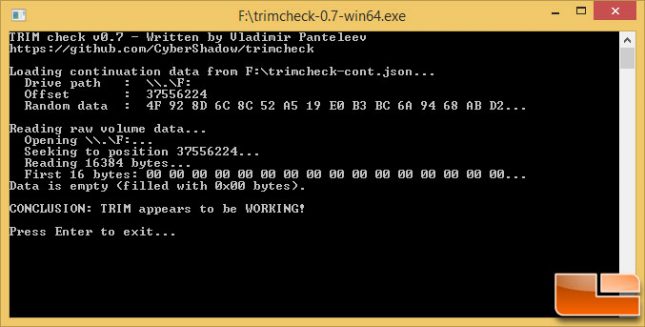 According to TRIMCheck v0.7 all three of the ADATA SP550 series SSDs executes the TRIM command correctly!