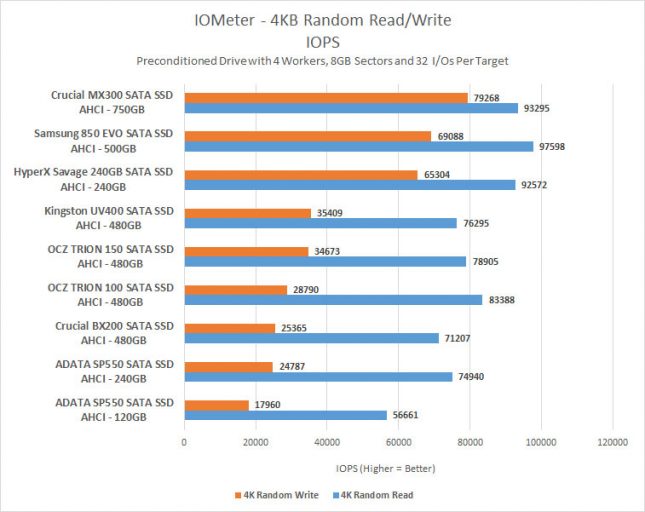 IOPS is the main thing we are looking at in this test scenario and the ADATA SP550 120 SSD is rated at 60k IOPS for the 4K Random Read and 70k IOPS for the 4K Random Write. We were hitting 57k on the reads, but much lower on the writes as our testing fills up the SLC cache. The ADATA SP550 240GB SSD is rated for 75k IOPS both R/W and we hit that almost exactly on the read test! 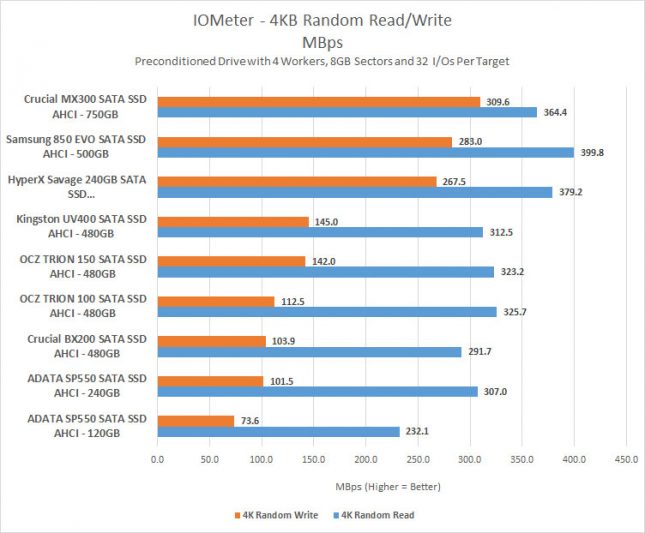 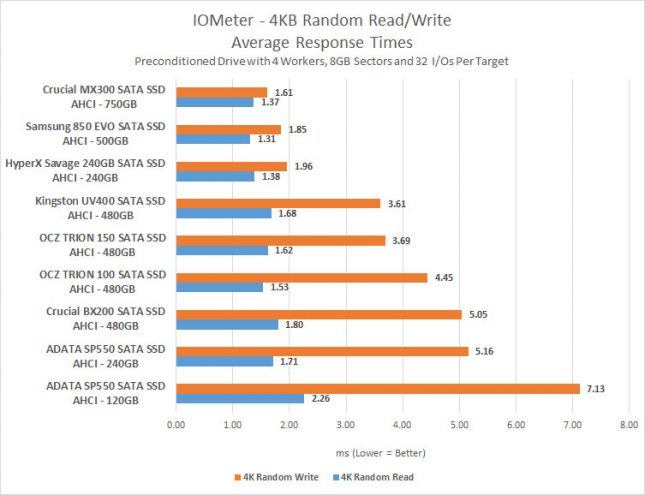 The write response times on the ADATA SP550 240GB drive were found to be much lower than the SP550 120GB drive.