The first workload that we will be showing is a trace that uses Microsoft Visual Studio to compile a build of Mozilla Firefox browser. The ADATA Falcon 1TB NVMe SSD finished this workload with a read speed of 583.7 MB/s, which again is behind the Swordfish. 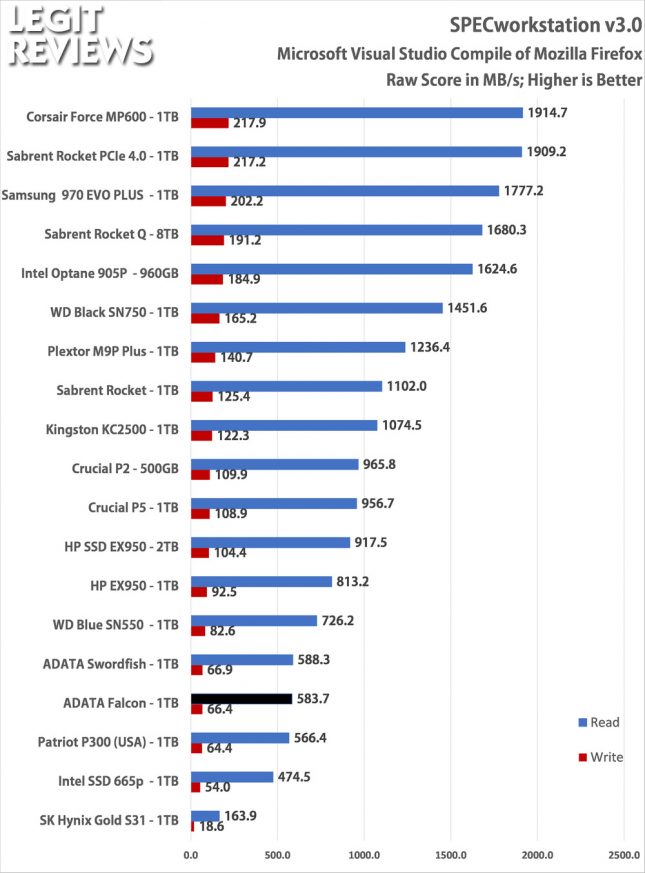 The next trace involves a Handbrake transcode and the ADATA Falcon 1TB M.2 NVMe SSD finished with 392.0 MB/s, which is 70 MB/s slower than the Swordfish for this workload. 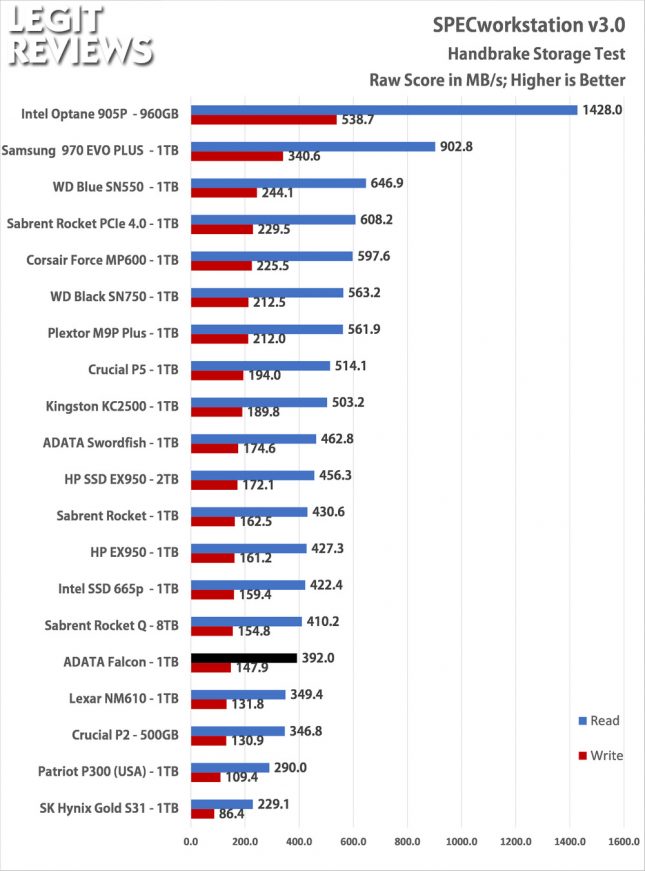 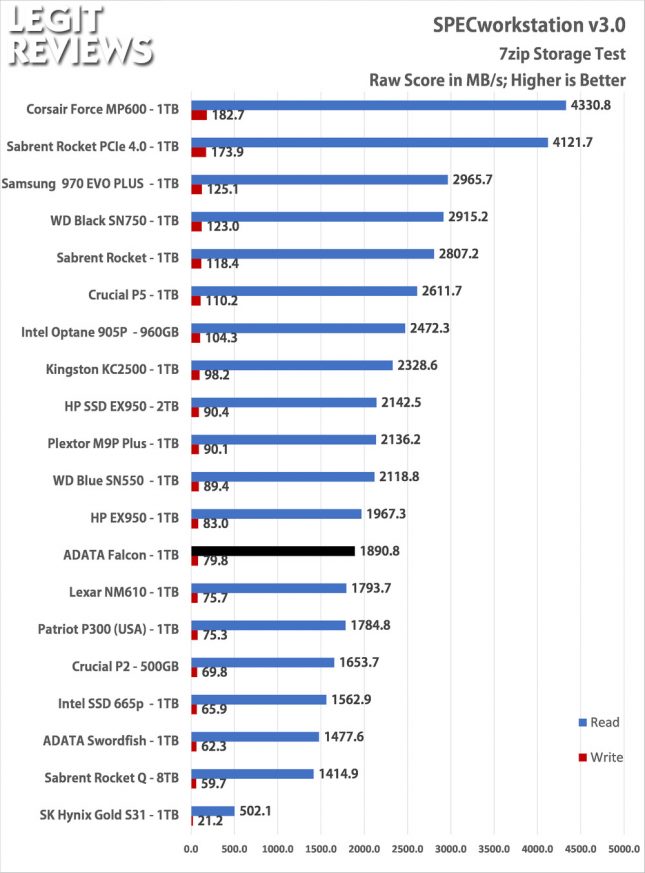