The readout on CrystalDiskInfo 8.5.2 shows that the ADATA Falcon M.2 2280 NVMe drive series supports S.M.A.R.T. and the NVM Express 1.3 feature set. Our drive was tested with firmware version V9002s45 installed. In Windows 10 version 1909 the 1TB (1024.2 GB) drive showed up as 953.2 GB in size. Please remember that 1GB = 1,000,000,000 bytes. A certain portion of capacity may be used for system file and maintenance use, thus the actual available capacity may differ from the labeled total capacity. 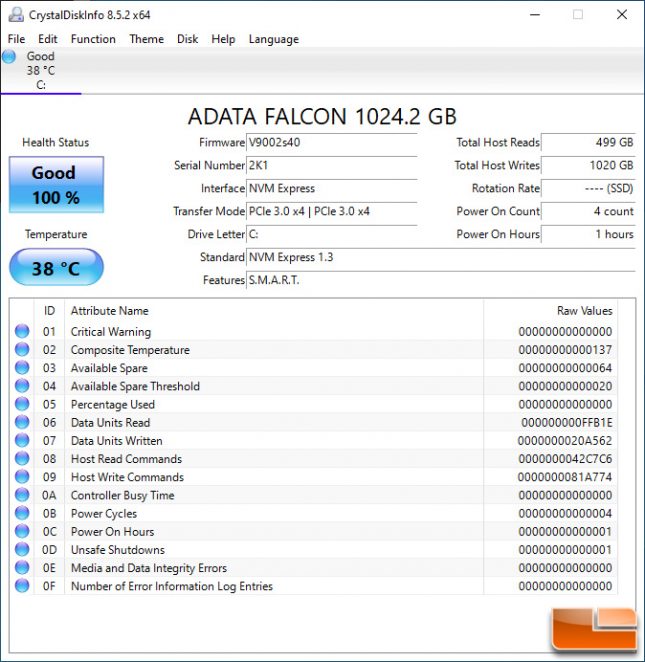 The ATA details for the ADATA Falcon 1TB SSD shows that it has 5 power states and that the warning temperature of the drive is 115C and the critical temperature threshold is 120C. The Host Memory Buffer (HMB) on the Falcon is set to use 65.5 MB of space in your systems DRAM on supported Windows 10 machines. 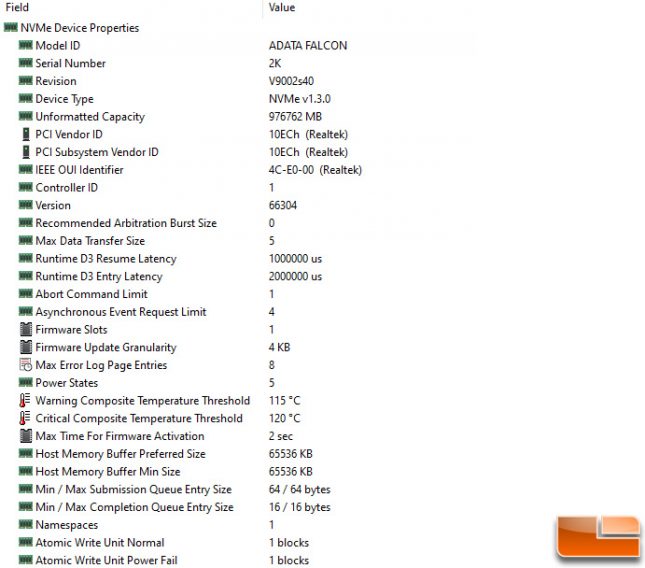