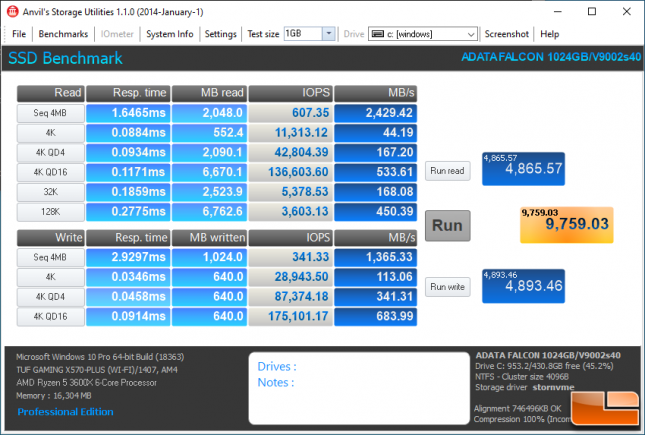 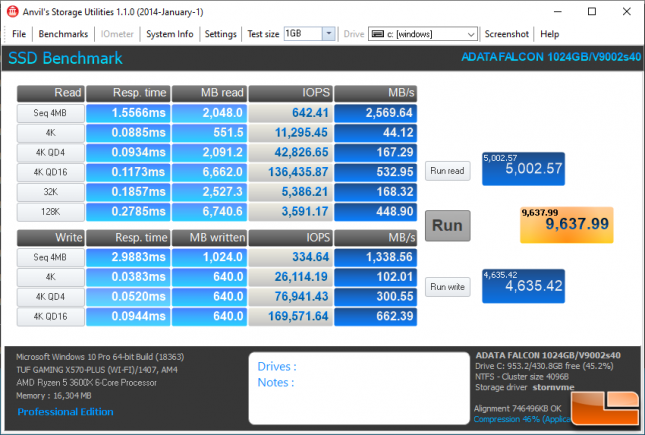 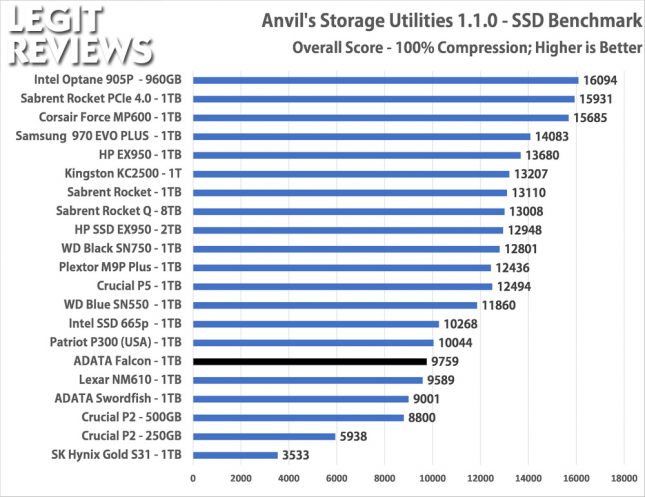 When we chart the score of the standard benchmark (100% compression) the ADATA Falcon was found to score 8.4% better than the ADATA Swordfish!