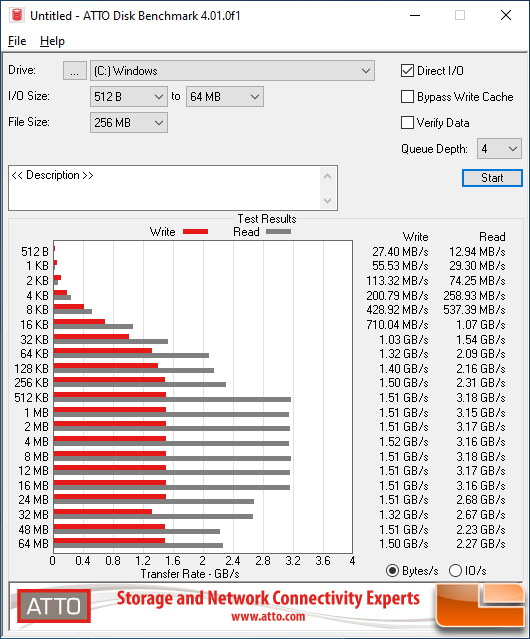 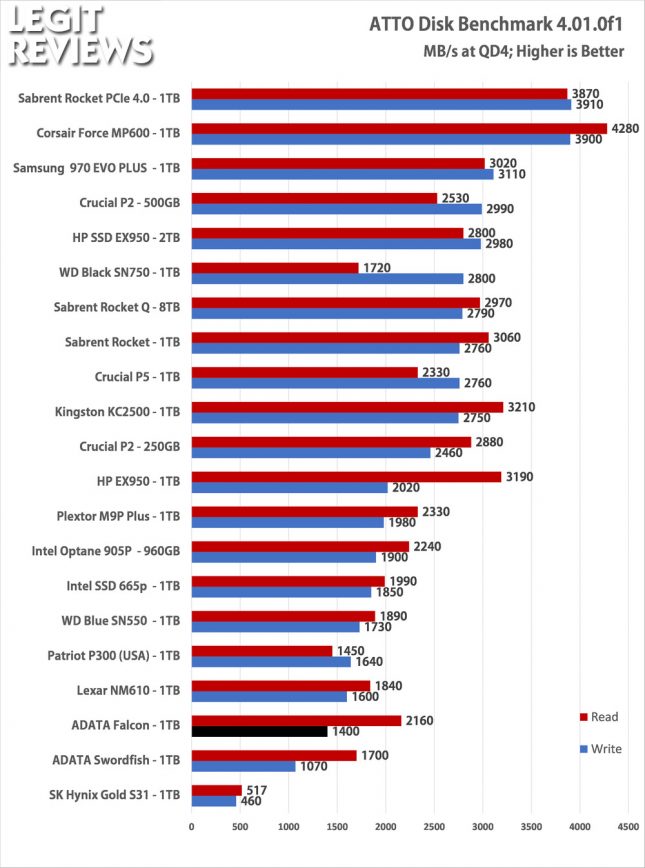 When we chart the 128KB test results from ATTO Disk Benchmark, the ADATA Falcon 1TB SSD was 30% faster than the ADATA Swordfish 1TB on writes and 27% faster on reads. Despite being roughly 30% faster, the ADATA Falcon is clearly an entry-level NVMe SSD as it struggled to compete with most of the other drives we have tested. 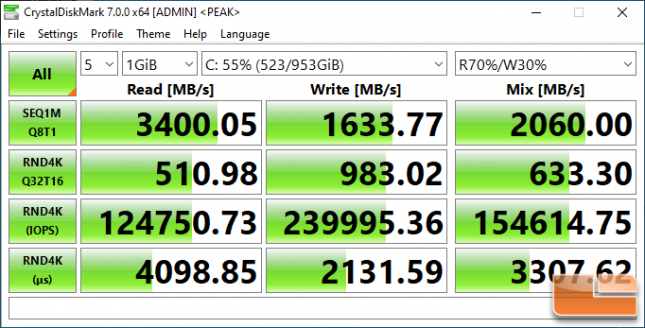 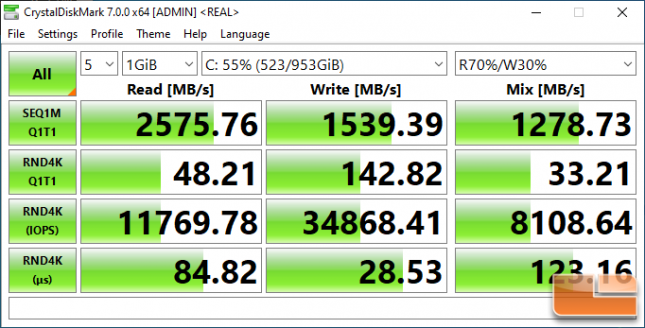