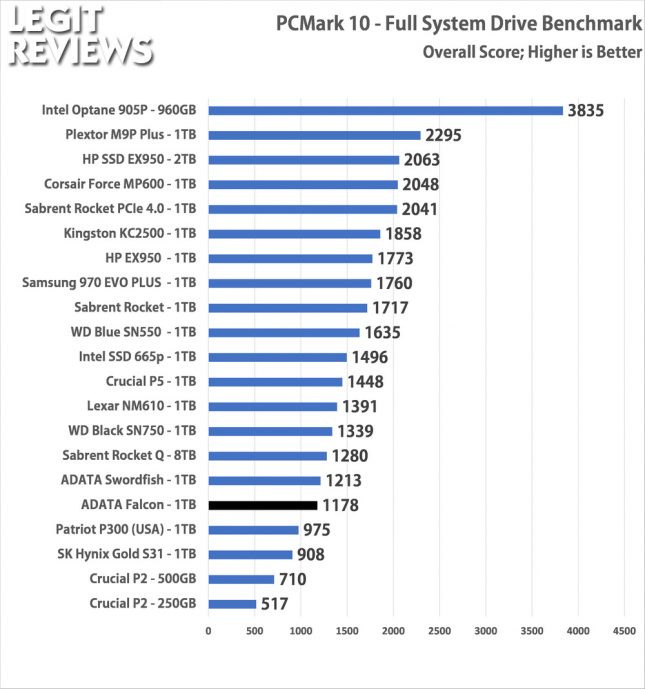 On the full system drive benchmark the results had the ADATA Swordfish 1TB NVMe SSD finishing with an overall score of 1,213 points and the ADATA Falcon 1TB finishing behind it with an overall score of 1,178 points. This was totally unexpected and we ran this benchmark several times on both drives to confirm and the Falcon scored behind the Swordfish every single time. We shared this result with ADATA and they said it was unexpected to them as well, but we’ve noticed several other sites that show the Falcon behind the Swordfish in PCMark 10. 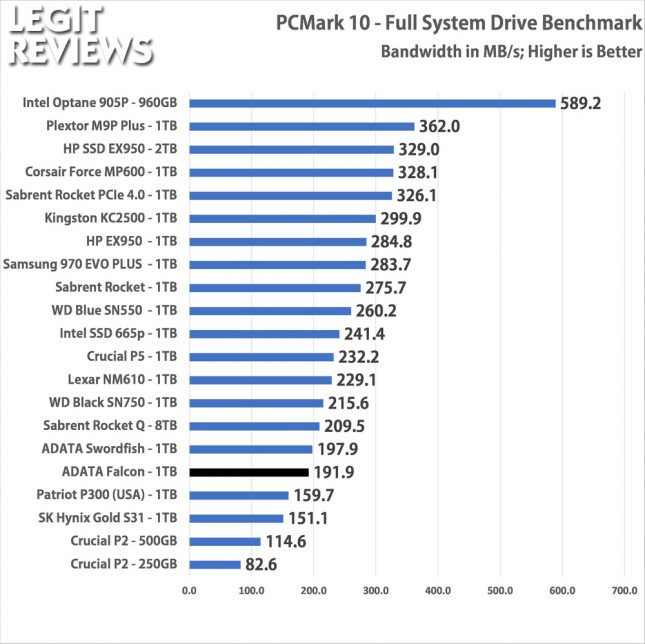 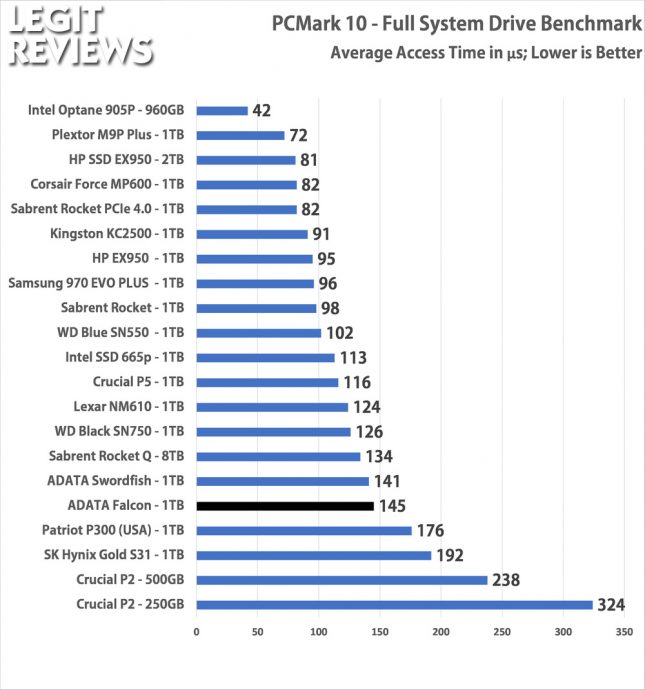 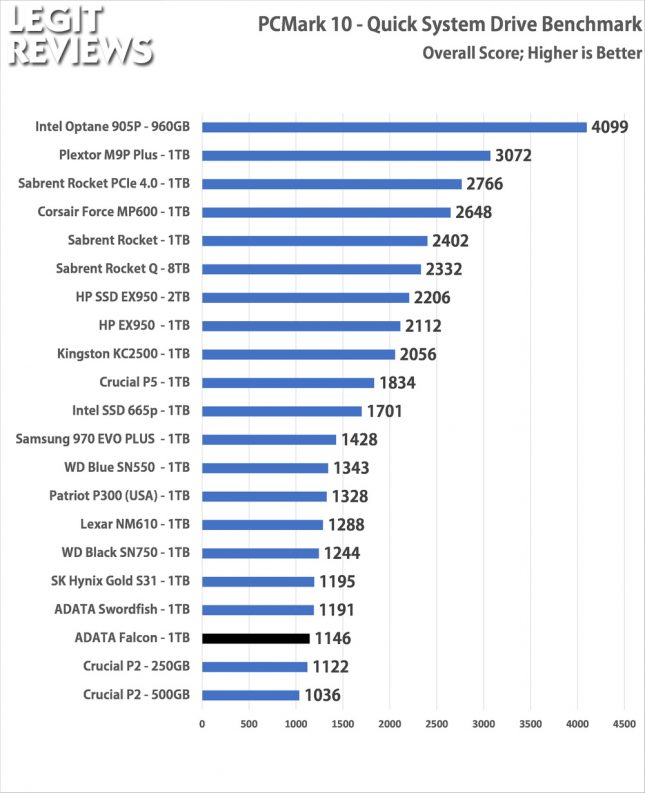 On this lighter workload the ADATA Swordfish 1TB capacity drive came in with an overall score of 1,191 points and the Falcon came in behind that with a score of 1,146 points. 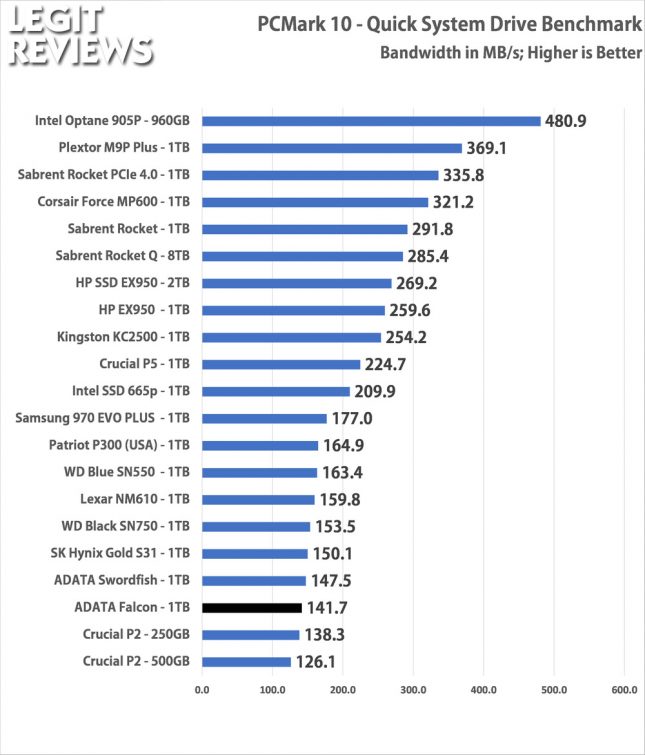 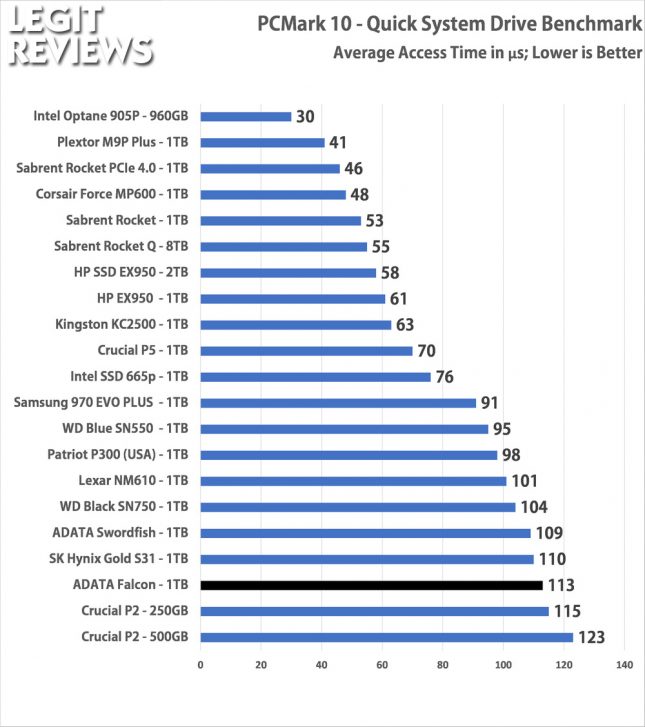 The average access time on the ADATA Falcon 1TB SSD was 113 microseconds on the quick system drive benchmark workload.