Today we’ll be testing 3 Aspects of the included fans:

The Testing Equipment that I will be using was purchased by me. It includes:

For the testing, I will be using one fan at a time, in a room that is 35*C with temperature control. The Ambient Sound will be below 10dB(A), so that my Tenma meter will be able to operate in optimum conditions. The Airflow testing will be done using a duct as to simulate ISO testing standards with static pressure tested from an enclosed capsule so that it relies purely on the fan’s ability to force air into an environment. 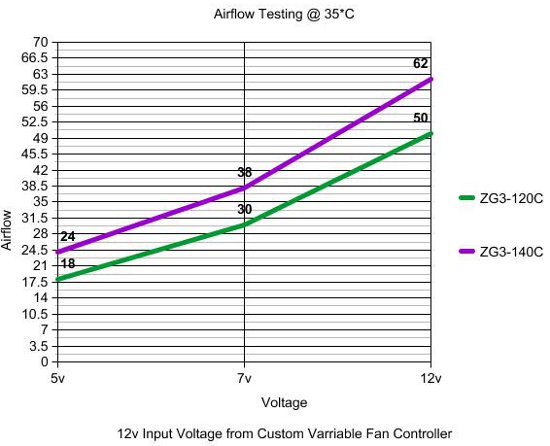 As normal, we’re starting off with the Airflow testing. Our top end airflow readings are a tad shy of what the package says these fans can do, though they are operating well within the required parameters, with less than 1% deflection from the specifications. 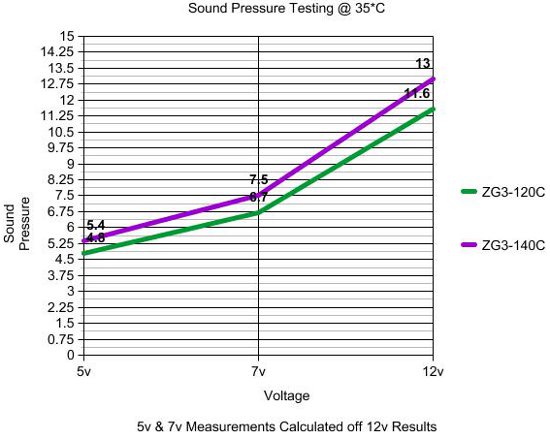 To begin with, the sound pressure was only taken at 12v, and then calculated down at 7v & 5v. Though, I will say that it was close to impossible to actually hear the fan at 12v and I do not think anyone should actually tune them down since they are so silent. Here I am reading about 1-2dB(A) above specifications and this was throughout testing. Unfortunately I couldn’t pinpoint if this was ambient noise spikes or if it was the fans themselves but these are the worst results from the fans.

Even though both of these figures were unspecified, I did decide to go ahead and test them and found these fans are on the low end in terms of static pressure. I would not advise ever using them as Heatsink or Radiator fans, as they most likely would not perform alongside the competition in that regard.

For that matter, my gauge was almost unable to register a reading from these fans since their static pressure was so low.

Subjectively, the bearing in this fan didn’t produce any obtuse noise, at least not any that my ear could hear. On the other hand, these were not the smoothest bearings I have ever heard. The previously tested Zalman ZM-F4 had an incredibly smooth bearing. Though, these by far were not the worst fans I have ever heard in terms of bearing noise as they are consistent through all voltages tested and still fairly smooth versus the competition.