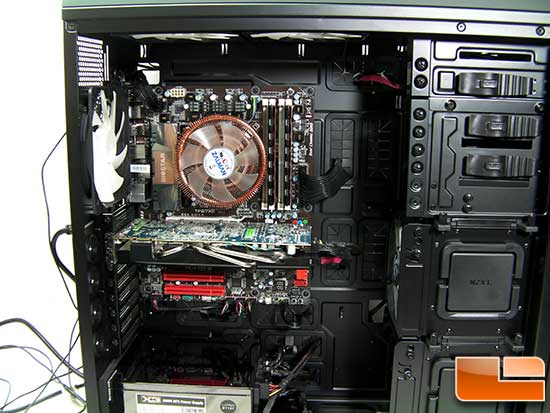 Here are the GPU-Z details of the system that shows the settings of our system: 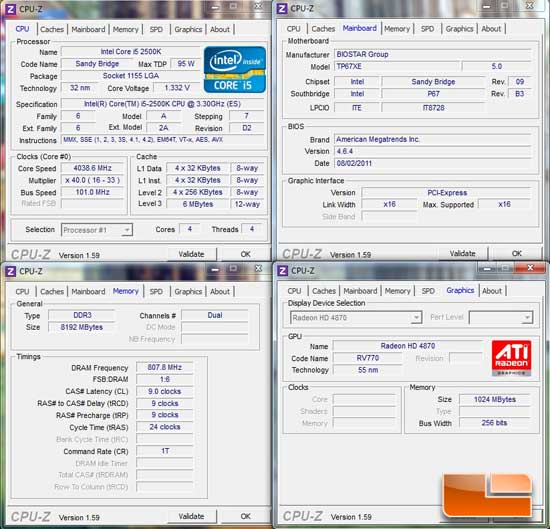 The system will be left to idle for 30 minutes and the temperature of each core will be recorded. It will then to 5 passes on the Very High setting with the Intel Burn Test tool and the temperatures will be recorded again. The test room is kept at a constant 72/22.2C. The CPU will be run at its base clock of 3.3GHz and with an overclock of 4.0GHz. Temps on each core will be monitored with CPUIDs HW Monitor and the temps of the 4 cores will be averaged to get the final reading. The thermal paste used on all coolers is Arctic Silvers Alumina and the CPU and cooler will be cleaned with Arctic Silvers 2-part Arcti-Clean solution. 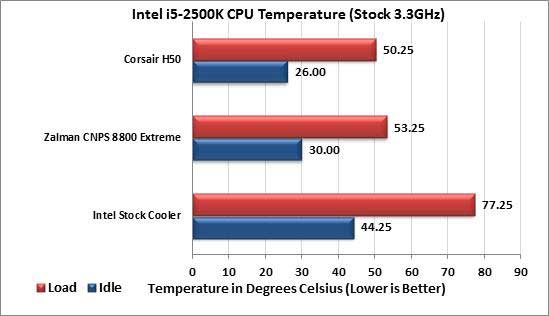 At stock speeds you can see the Zalman CNPS 8900 Extreme performs very well. Its just a few degrees shy of the Corsair H50 and a full 24C better than Intels stock cooling solution. The PWM function of the CNPS 8900 Extreme keeps the fan speeds in check automatically which is a nice touch. At idle the fan is near silent and under full load at stock speeds its noticeable but not crazy noisy. 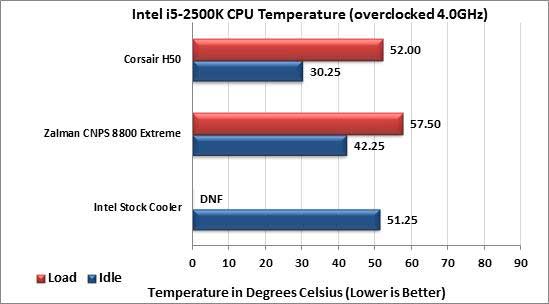 With an overclock of 4.0GHz the cooler is perfectly able to keep up with the i5-2500K. The gap between it and the H50 widened slightly to 5.5C under full load. Notice the Intel stock cooler wasnt even able to handle the heat at these speeds and the CPU kept throttling down to reduce temps. Under full load at these temps the fan on the Zalman CNPS 8900 Extreme is loud to say the least. The H50 stock fan is loud but the Zalman unit makes the Corsair fan sound like a hummingbird.