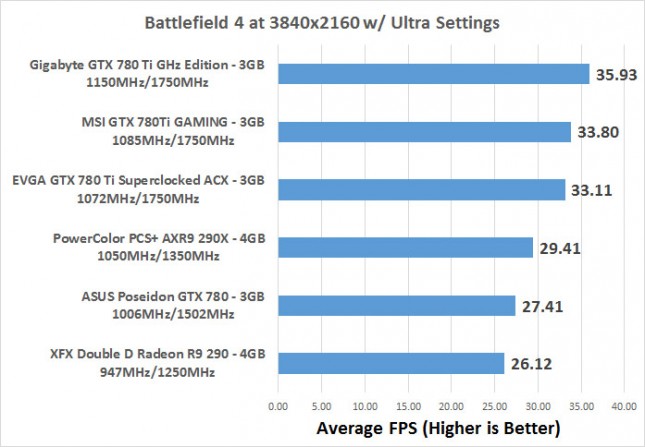 Benchmark Results: In Battlefield 4 with Ultra settings at 3840×2160 we were able to average 26.12 FPS on the XFX DD Radeon R9 290. This is roughly 1.5FPS behind the factory overclocked ASUS Poseidon GTX 780 graphics card. 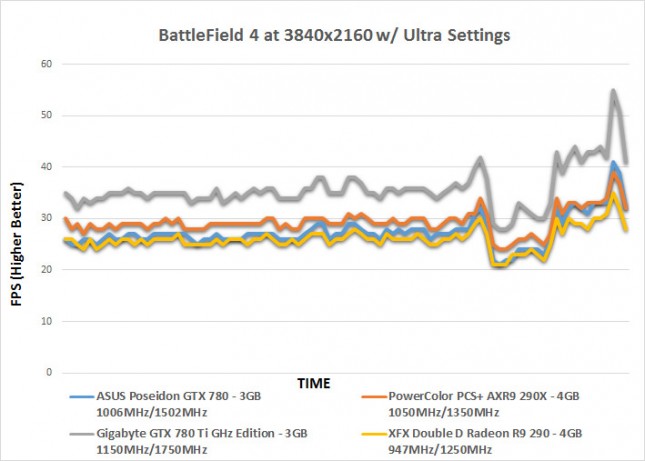 Benchmark Results: The XFX DD R9 290 ran BF4 pretty smoothly with these settings and if you reduce the image quality just slightly you’ll be able to get above 30 FPS most of the time at 3840×2160.