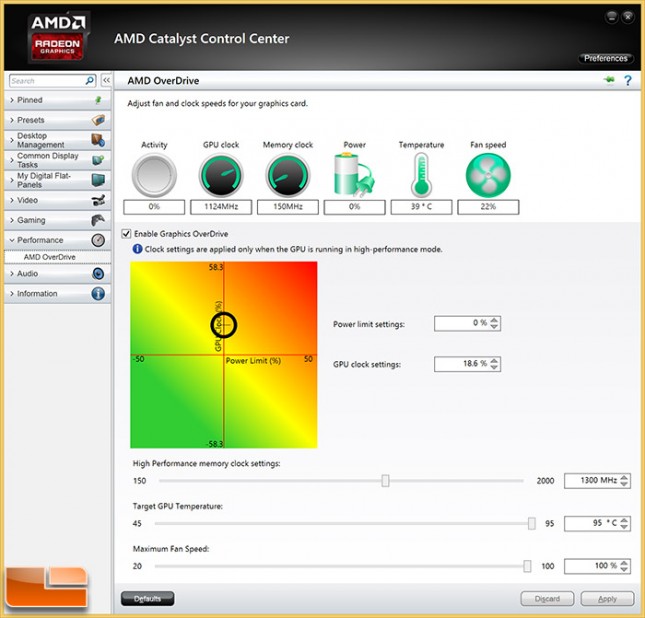 How well does the XFX Double Dissipation Radeon R9 290 graphics card overclock? We were wondering the same thing and fired up AMD Catalyst Control Center to find out! 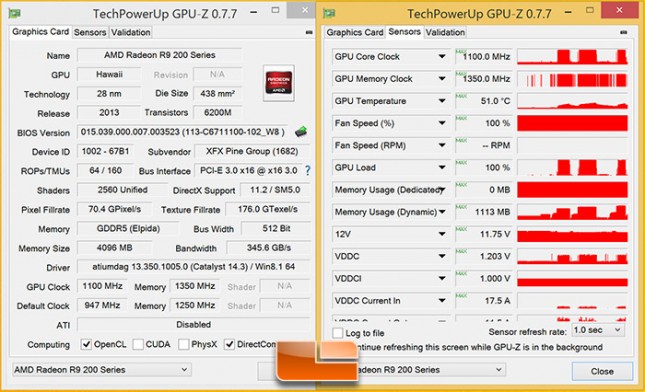 The XFX DD R9 290 comes clocked at 947MHz on the core and 1250MHz on the Elpida GDDR5 memory ICs. Were able to overclock the card up to 1100MHz Core and 1350MHz on the 4GB of GDDR5 memory. This is a 153MHz increase on the core clock! We didn’t really push the memory that hard and was able to match the memory speed on the Radeon R9 290X reference card with ease. It should be noted that we overclocked with the fan speeds manually set to high due to the high VRM temperatures that told you about on the previous page.

The XFX Double Dissipation Radeon R9 290 out of the box with the latest Catalyst 14.3 beta drivers scored 8,969 points in 3DMark Fire Strike.

After our overclock we were able to get a score of 9,908 3DMarks. This is 9.5% performance improvement and shows a very nice performance gain can be had from AMD Radeon R9 290 cards!