SiSoftware Sandra (the System ANalyser, Diagnostic and Reporting Assistant) is an information & diagnostic utility. Sandra provides most of the information (including undocumented) you need to know about your hardware, software and other devices whether hardware or software. In order to test the hard drive SiSoftware Sandra 2009 SP3 was used as part of the test suite. The graphical results that Sandra gives you after the test is completed nicely shows how drives perform over time and where on the drive the performance is seen. 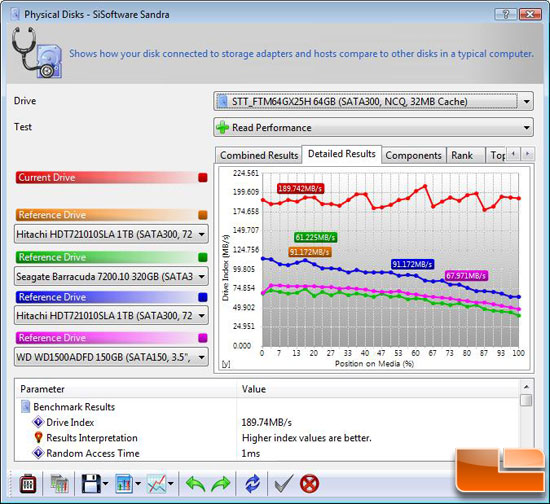 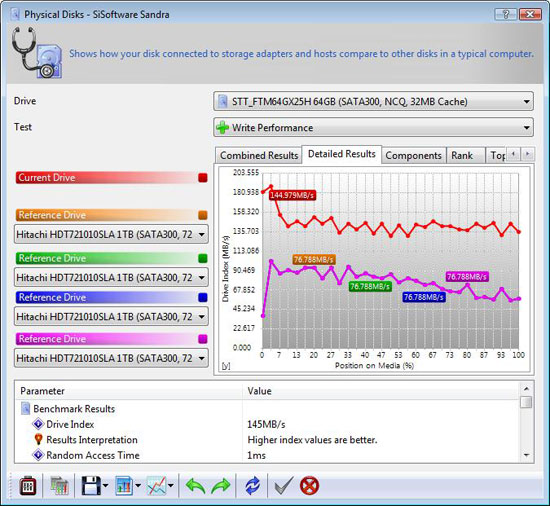 Benchmark Results: The UltraDrive ME 64GB SSD was found to have an average read score of 189.742MB/s with a write score of 144.979MB/s. Is also had a read and write random access time of 1ms.

Comparison Chart: When comparing the Super Talent UltraDrive ME 64GB SSD to nine other popular drives like the Western Digital Scorpio Blue 500GB and the Seagate Momentus 7200.3 320 GB, it is the fourth fastest in the read test and third fastest in the write test.