If you want to have the latest NAND Flash technology on your NVMe SSD look no further than the SK hynix Gold P31 PCIe NVMe SSD aimed at consumer desktops and laptops. This drive entered a jam packed SSD market, but made waves by being the worlds first 128-layer NAND flash-based SSD with up to 3,500 MB/s read and 3,200 MB/s write on a 1TB drive that has a $134.99 MSRP. Not bad considering this is the companys first PCIe SSD for the consumer market in the United States! SK hynix seems to know how to make an entrance, but this company also just happens to be the second largest memory manufacturer on the planet! 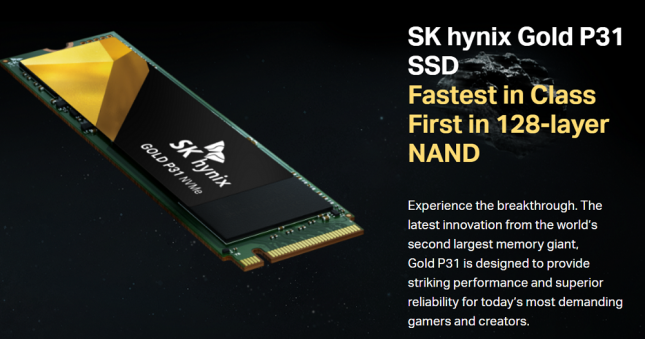 The SK hynix Gold P31 is available in 500GB and 1TB capacities that utilize the M.2 2280 form factor. Pricing on the SK hynix P31 Gold is very aggressive with the 1TB model being $134.99 and the 500GB model being $74.99. This puts the price at or below $0.15 per GB! The Gold P31 was designed for gamers and content creators that were looking for solid performance and the best reliability.

The design was done all in-house, so SK hynix made the printed circuit board (PCB), 128-Layer TLC NAND Flash, Cepheus 4-channel SSD controller and even the LPDDR4 memory for the DRAM cache. By creating all the hardware of the drive the firmware team is able to write the best algorithms to ensure peak performance while ensuring years of durability. It also might be one of the ways that SK hynix was able to introduce these drives to the market at such price points.

When it comes to performance the SK hynix Gold P31 1TB drive is rated at up to 3,500 MB/s read and 3,000 MB/s write speeds on sequential performance and 570,000 IOPS read and 600,000 IOPS write for Random 4K performance. The smaller 500GB model features the same Random 4K performance numbers, but the sequential read/write is slightly different with a speed rating of up to 3,500 MB/s read and 3,100 MB/s write. SK Hynix is fully transparent about the performance of the Gold P31 SSD series also divulging the direct write speeds to the TLC after the SLC caching space runs out. Directly writing to the 128L TLC NAND Flash is 1,700 MB/s on the 1TB and 950 MB/s on the 500GB drives for a sequential operation. So, if you want the best performing drive you’ll want to go with the 1TB model. It costs 80% more, but you’ll get 2x the storage space and basically 80% faster sequential write speeds and 70% faster random write speeds!

Both drives are backed by a 5-year warranty and have healthy endurance ratings of 750 TBW for the 1TB model and 500 TBW on the 500GB model. 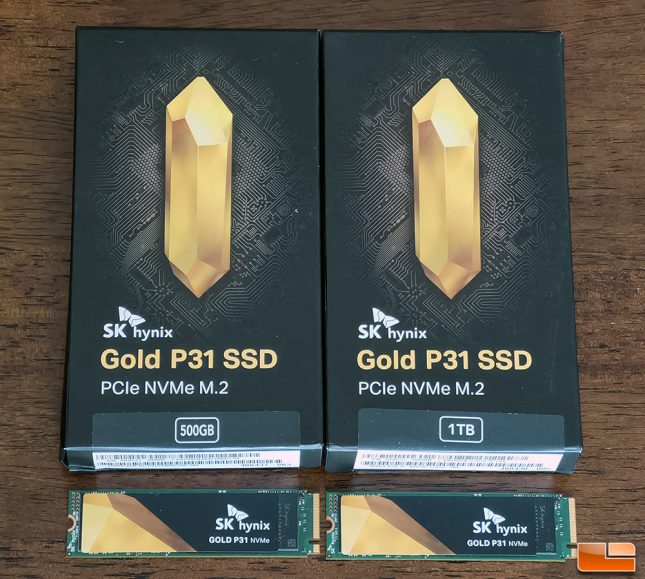 SK hynix sent over both the 500GB and 1TB Gold P31 SSD parts for us to test on our AMD Ryzen X570 platform. The packing is similar to the Gold S31 SATA SSD models that came out last year, so nothing too new on this front. 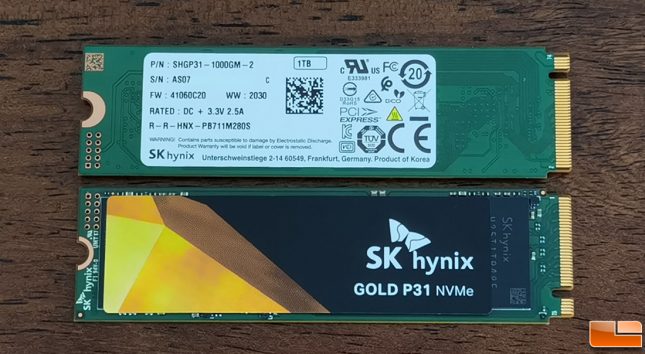 We hope that you like green as that is the PCB color that SK hynix went with for the Gold P31 series. Many gamers and enthusiasts might cringe at this, but it is what it is! This is a single-sided drive, so all of the main components are on the top and on the bottom you’ll find a label with the drives serial number and other useful information.

Peeling off the top label of the drive shows the two 4D 128L TLC NAND Flash chips have been placed at each end of the drive with the Cepheus SSD controller being placed in the middle. Just off to the left side of the controller is the LPDDR4 DRAM cache chip. All of these components are made by SK hynix! 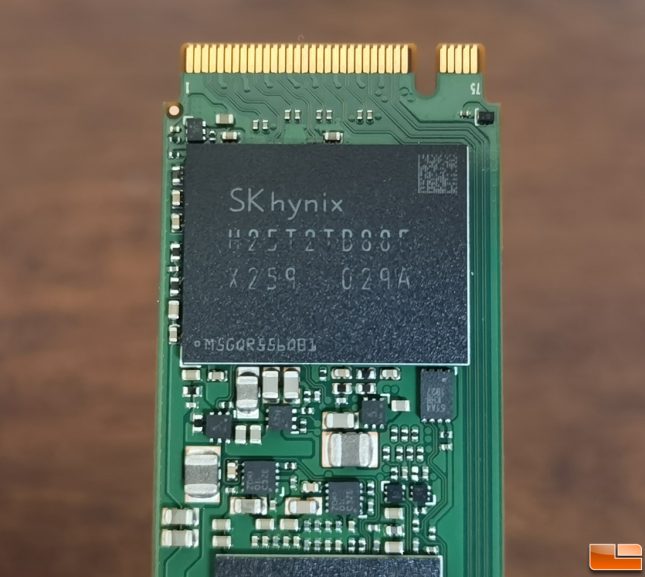 Here is a closer look at one of the SK hynix H25T2TB88E 128L TLC NAND Flash packages. 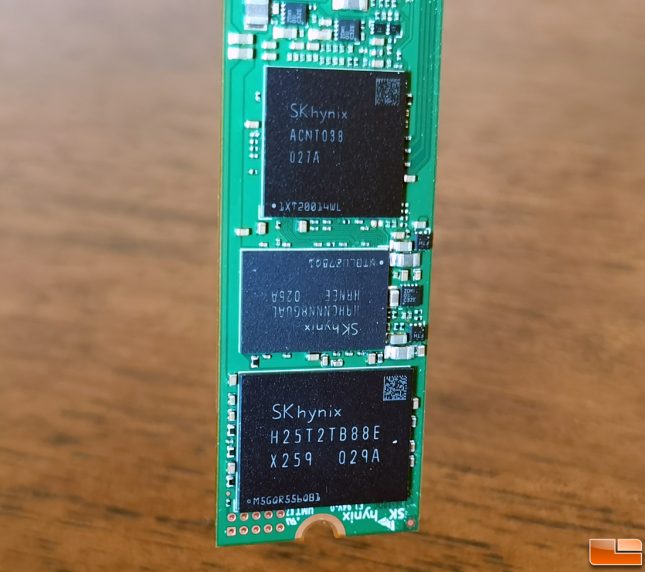 The SK hynix Cephus controller is labeled ACNT038, so Cephus is certainly easier to remember and say.

SK hynix made a pretty slick promotional video for the P31 Gold that hands down the best produced marketing video for an SSD that we have ever seen!

Marketing videos are cool, but we are firm believers that benchmarks help sell drives! Let’s take a look at the test system and then show you how the Gold P31 did on a bunch of different performance tests!