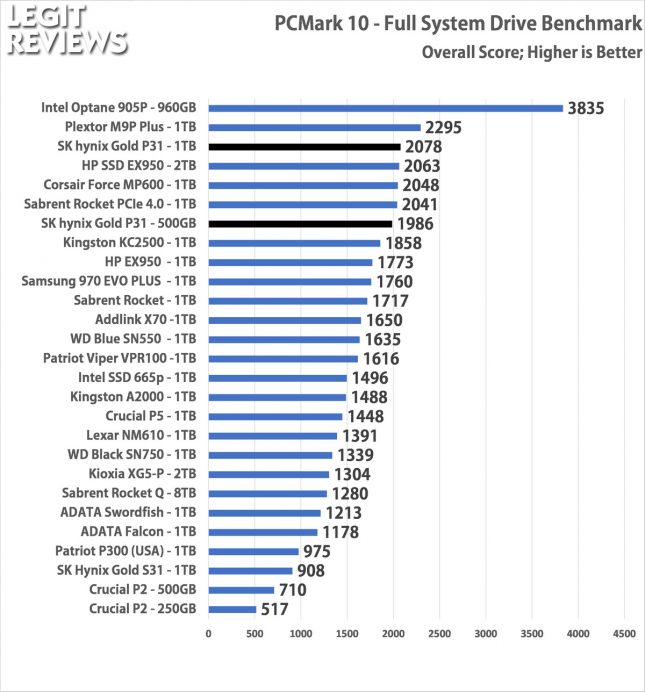 On the full system drive benchmark the results had the SK hynix Gold P31  SSD finishing with an overall score of 2078 points and that makes it finish in 3rd place and it beat out some very strong competitors. 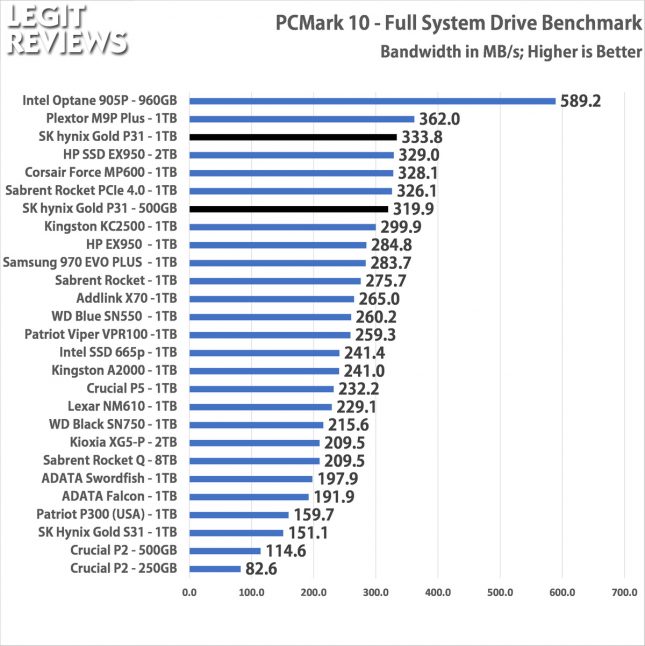 The PCMark 10 Storage Benchmarks overall score is calculated from the bandwidth and average access time sub-scores. The bandwidth subtest is defined by UL in PCMark 10 as bandwidth = bytes / busy_time_for_read_and_write. Here the Gold P31 NVMe SSD averaged 333.8 MB/s on the 1TB drive and 319.9 MB/s on the 500GB drive. 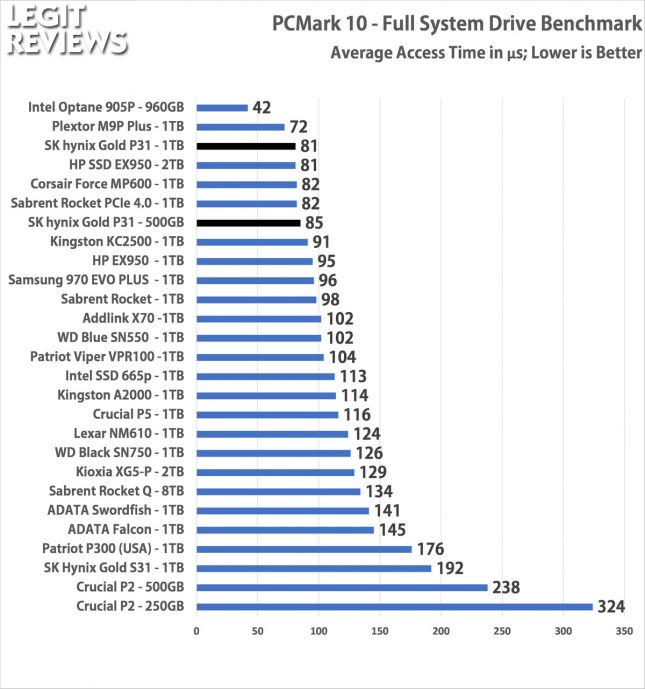 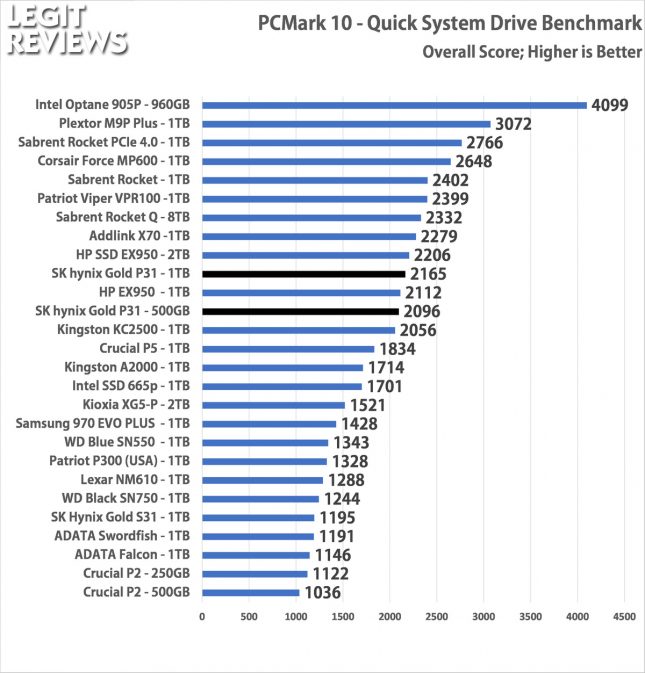 On this lighter workload the SK hynix Gold P31 drives dropped down a bit, but remained in the upper half of of the results. 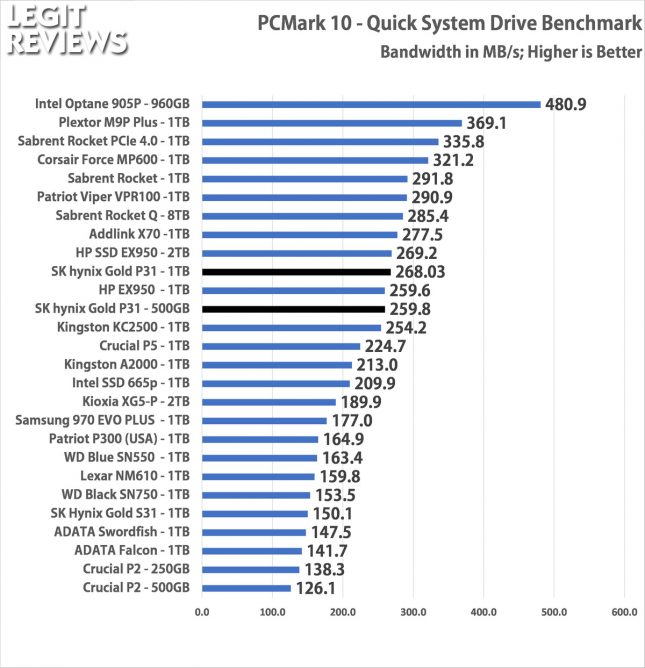 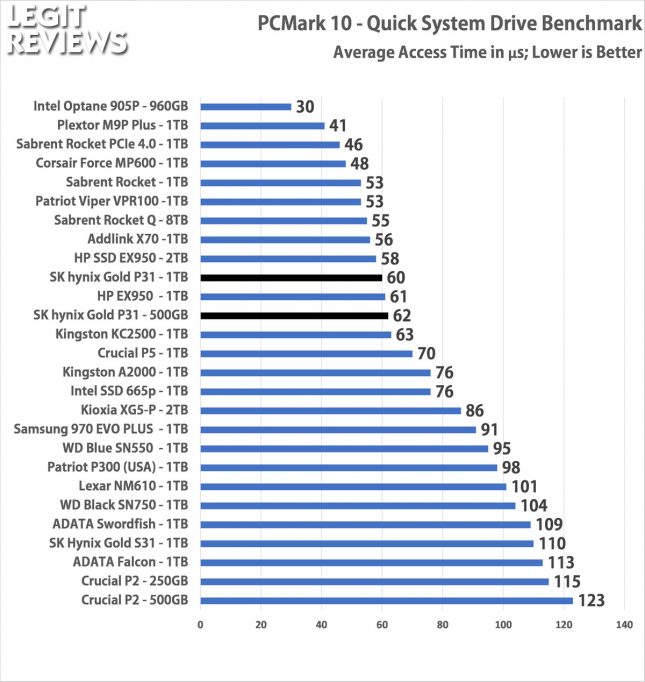