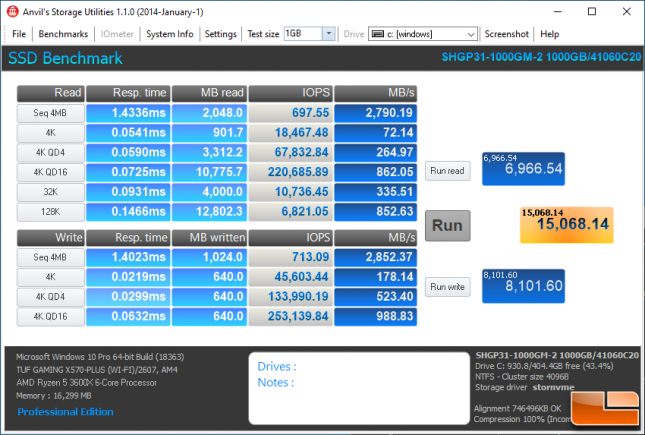 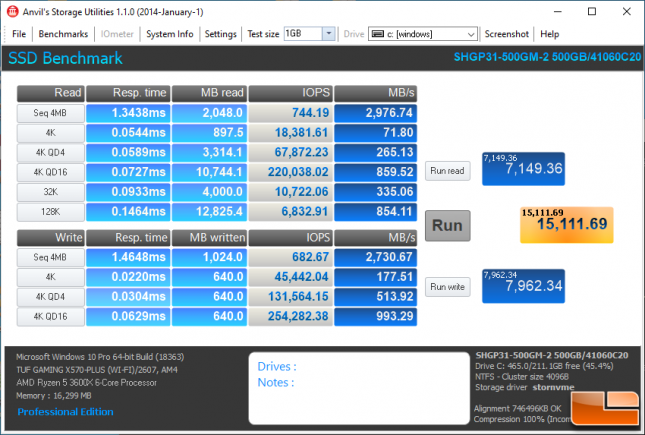 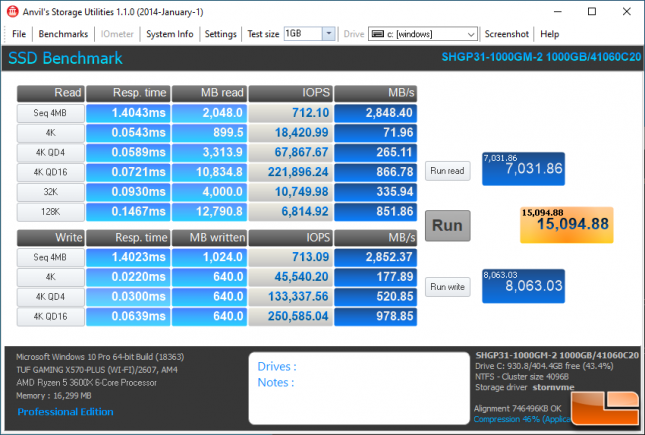 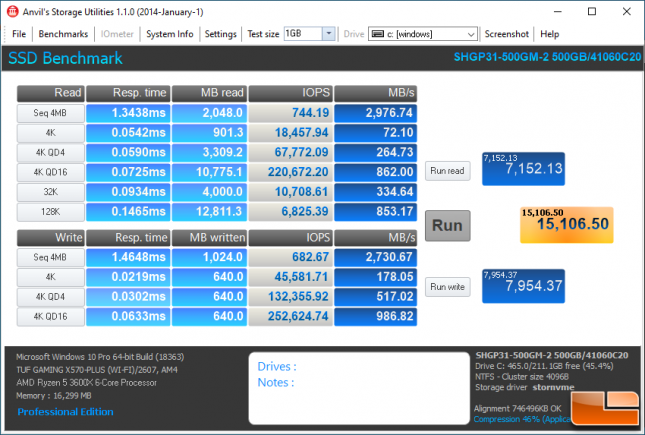 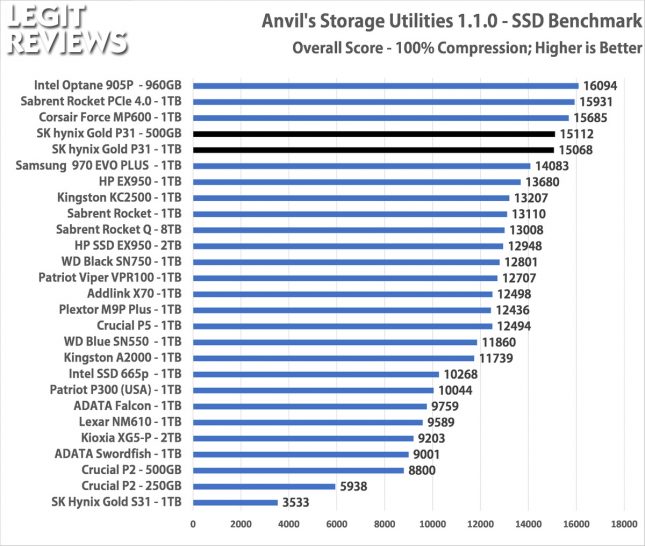 When we chart the score of the standard benchmark (100% compression) against all the other drives that we have tested on this system we discovered that the SK hynix Gold P31 drives both managed to out perform every other PCIe 3.0 SSD tested that used NAND Flash memory technology. This was not something we were expecting and it came within around 500 points of the PCIe 4.0 SSDs on our AMD Ryzen X570 board.l