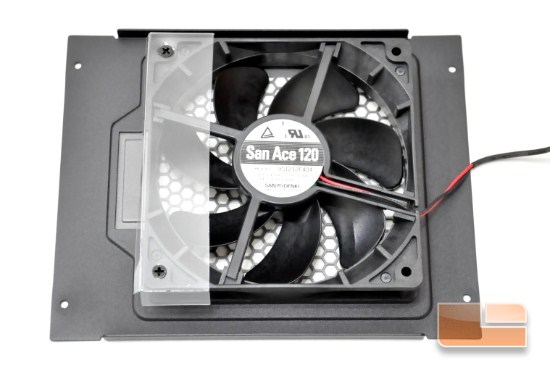 Much like
Seasonic heavily advertises, the fan responsible for the cooling of this unit
is made by Sanyo Denki. The 9S1212F404 is a 2200RPM 120mm fan with a life
expectancy of 40.000 hours. 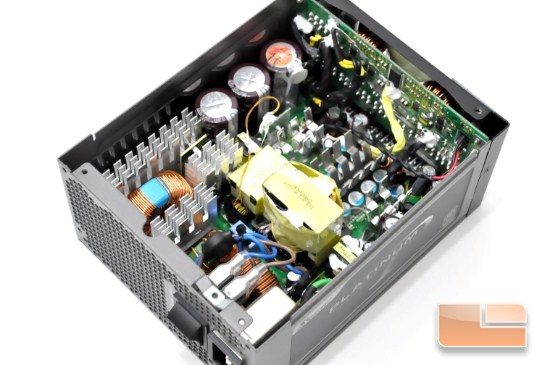 Inside the Seasonic
Platinum 1000W unit

It is a
no-brainer that the OEM behind the Platinum 1000W unit is Seasonic, having
designed, manufactured and now is marketing their product themselves. Despite
the massive power output of this power supply, the heatsinks are minute and
even then most are situated to cool the rectifiers, not the secondary side
MOSFETs, testament to the exceptional efficiency one can expect from an 80Plus
Platinum certified product. The primary DC line MOSFETs are soldered at the
bottom of the PCB and are using the chassis of the unit as a large passive
heatsink. 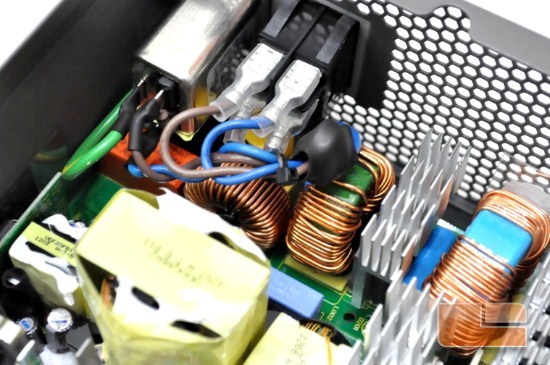 The A/C
receptacle is an EMI filter by itself but Seasonic was not satisfied with it
alone and placed five more capacitors and two more filtering chokes onto the
PCB. Therefore, the entire filtering stage now counts six Y capacitors, two X
capacitors, four chokes and a MOV. While it does not really count as a
filtering component, Seasonic also installed a relay which, alongside a
thermistor, control the inrush current of the power supply. 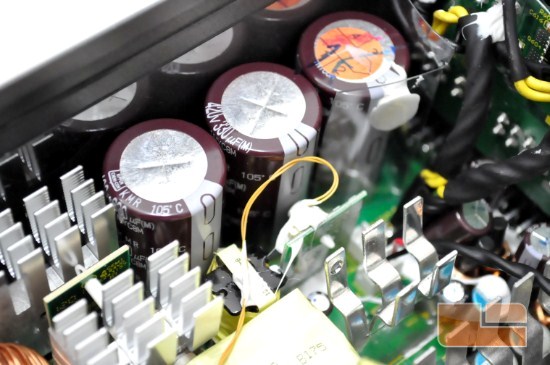 Three
Nippon Chemi-Con KMR 420V/330uF capacitors can be found at the primary side of
this unit, each of them rated at 105C. The small transformer is for the 5VSB
line and the vertical PCB houses the PWM controller. 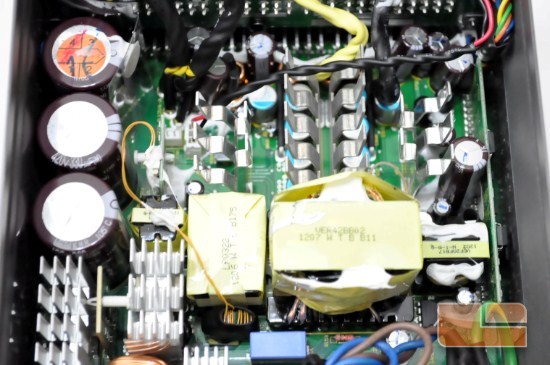 As we
mentioned above, most significant parts of the secondary side of this unit,
that is the MOSFETs, are situated at the bottom of the PCB. At the top side of
the PCB one can see multiple capacitors, electrolytic and solid state alike,
all of which are supplied by Nippon Chemi-Con. 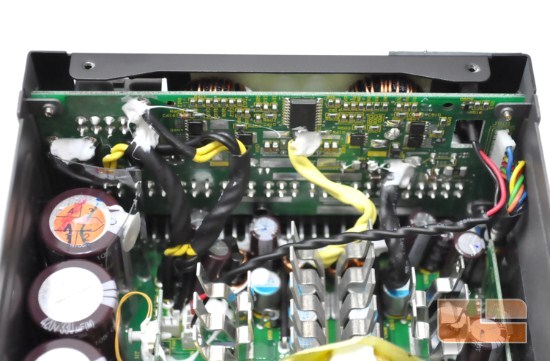 The PCB
which houses all of the modular connectors is also home to the voltage
regulation circuit, which also integrates the DC to DC conversion modules.
Thick wires feed the 12V line to the modular PCB, both for direct use to the
left side of the PCB and on the VRM for conversion at the middle of the PCB.