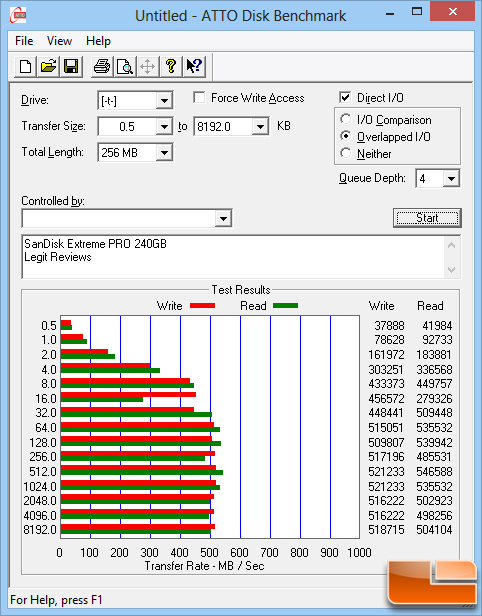 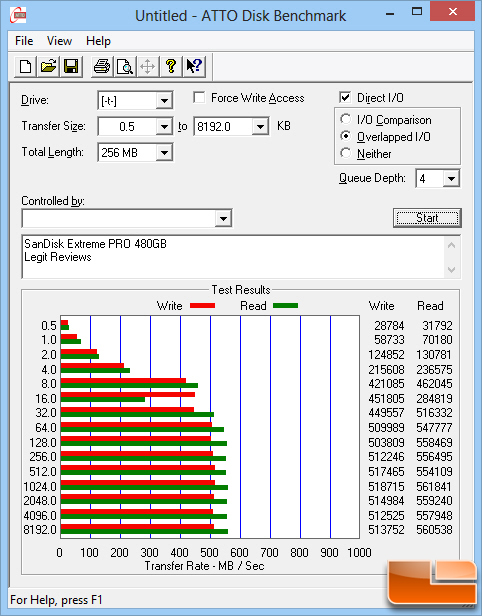 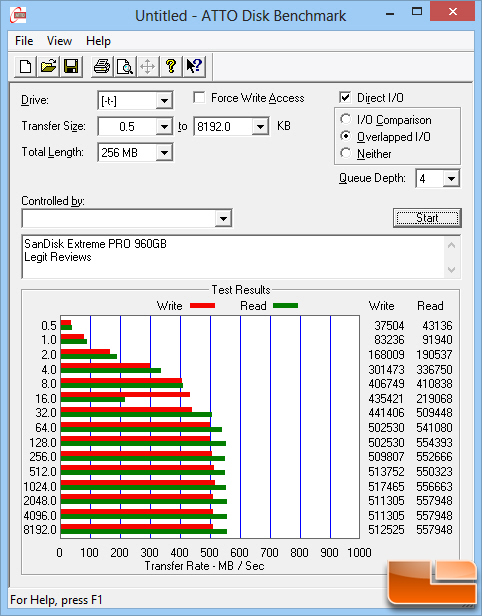 Benchmark Results: Across the three SanDisk Extreme Pro drives, performance was pretty close in the writes department and the 240GB drive fell behind a bit in the reads. Overall, the two larger drives put up excellent numbers. All are an improvement upon the Extreme II drive. 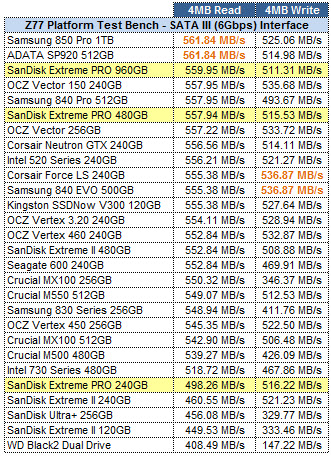 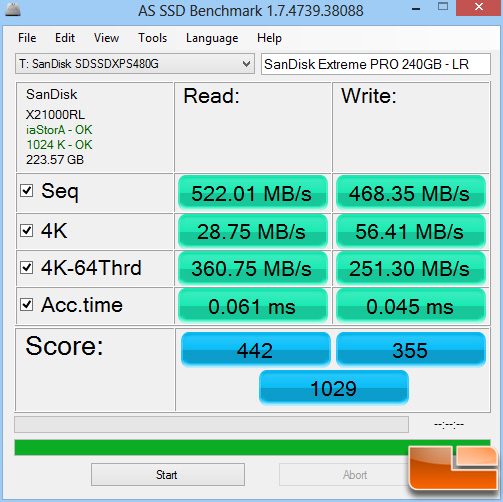 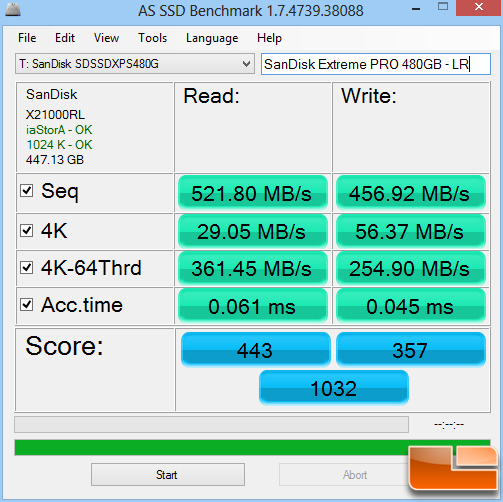 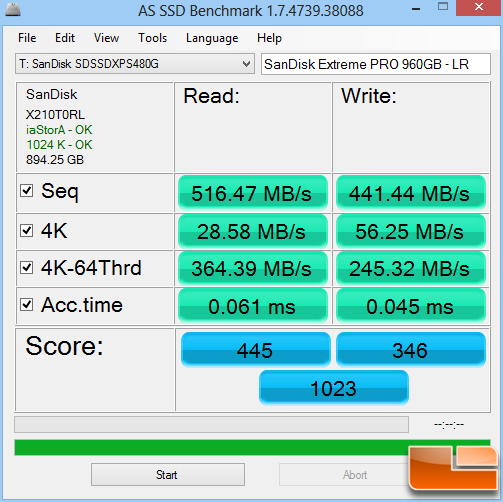 Benchmark Results: Here all three drives perform equally and the overall score earns them a spot in the middle of the pack as the 4K write scores are lower than a handful of other drives as well as the Extreme II. 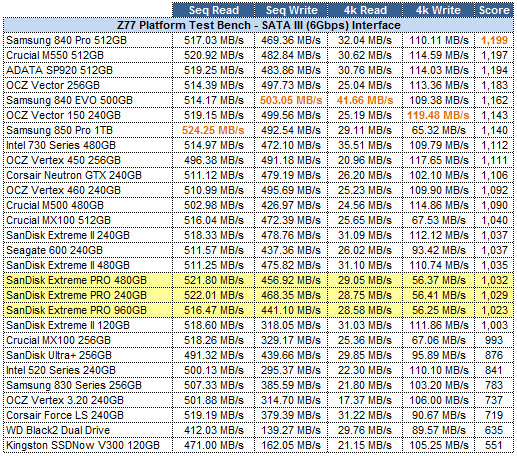 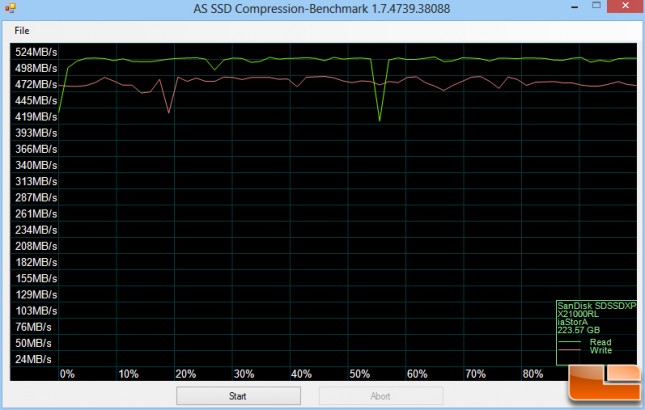 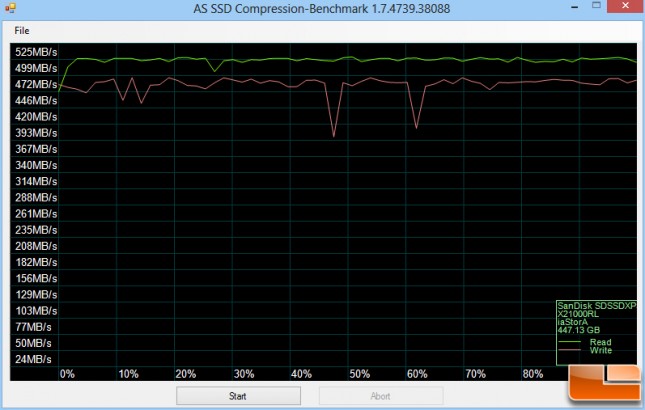 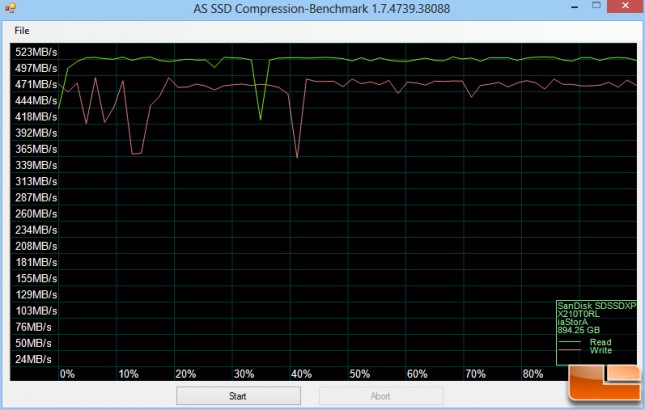 Benchmark Results: Compression has no bearing on performance as the charts show in this benchmark from AS-SSD.