It was June of last year when we had a look at the first edition of the SanDisk Extreme SSDs which was powered by what was at the time, the hottest SSD controller on the planet – the SandForce SF-2281. Times have definitely changed and while the SF-2281 controller is still very much a popular controller, there are a number compelling options available now. With that, SanDisk has decided to change things up a bit with their high performance Extreme II drives and go with the latest Marvell 88SS9187 controller which we first saw on the Crucial M500 review. It puts out some really nice numbers and in fact SanDisk has even stated that the Extreme II drives are the fastest retail drives they’ve outed to date.

We were fortunate enough to get our hands on all three available capacities SanDisk is offering 120GB, 240GB, and 480GB. All of them see an overall performance increase over the first generation Extreme drives with the increases most pronounced on data that’s incompressible which we’ll see in our benchmarks. They are all also covered with a robust 5-year warranty which equals the best on the market that we could find and have a MTBF of 2,000,000 hours. 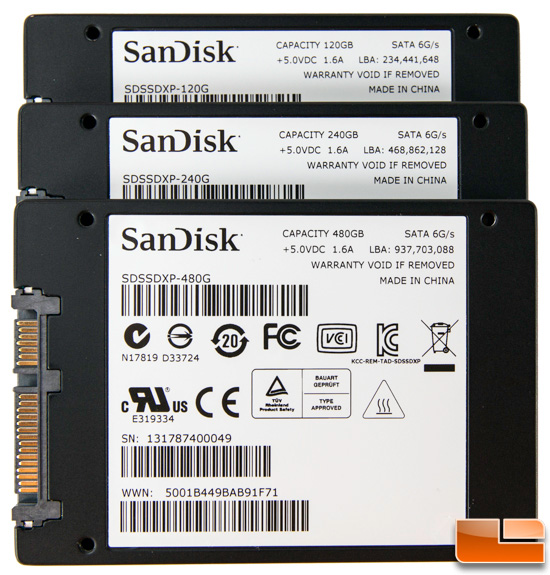 The notebook bundle comes with a spacer shim for more fitment options in a variety of equipment, changing the drive height from 7mm to 9.5mm.

The desktop bundle comes with a SATA 6Gbps data cable and a 2.5″ to 3.5″ adapter plate as well as the necessary screws for affixing to the plate. We’ll have a look inside each drive now.