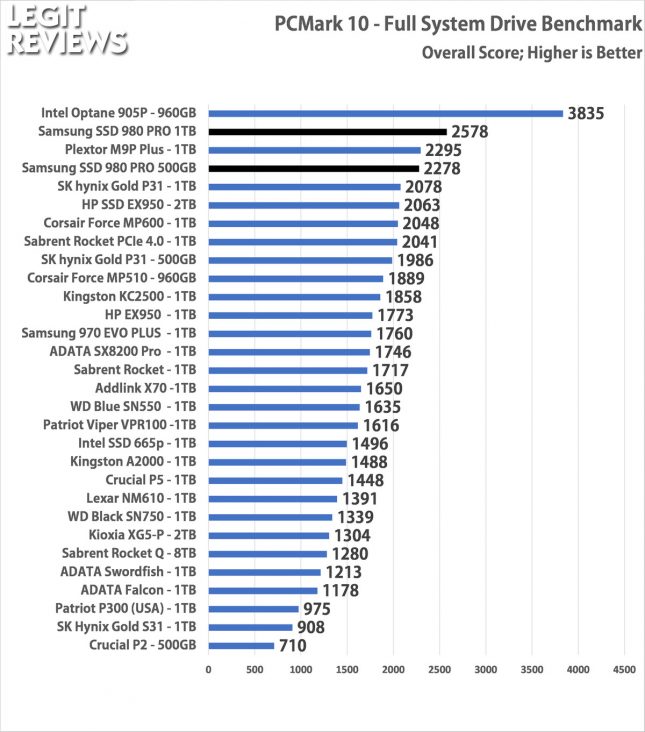 On the full system drive benchmark the results had the Samsung SSD 980 Pro 1TB SSD finishing with an overall score of 2578 points and that is good enough for a second place finish! Only the Intel Optane 905P 960GB drive managed to do better. 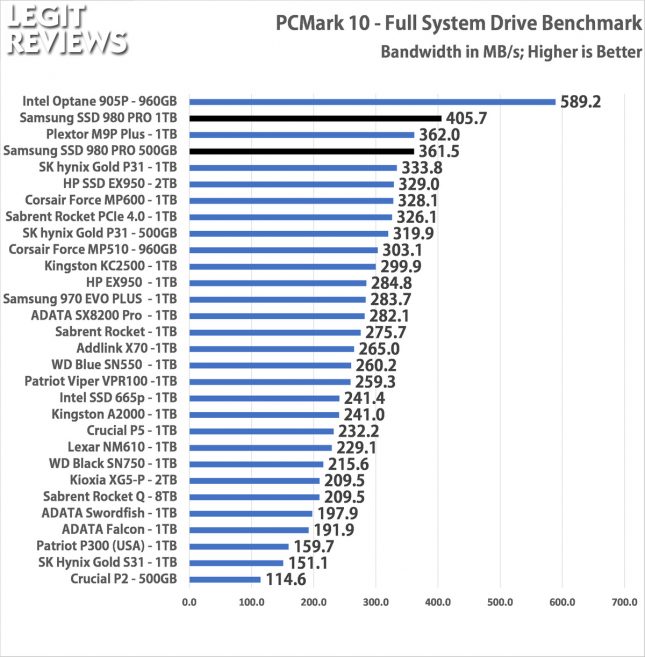 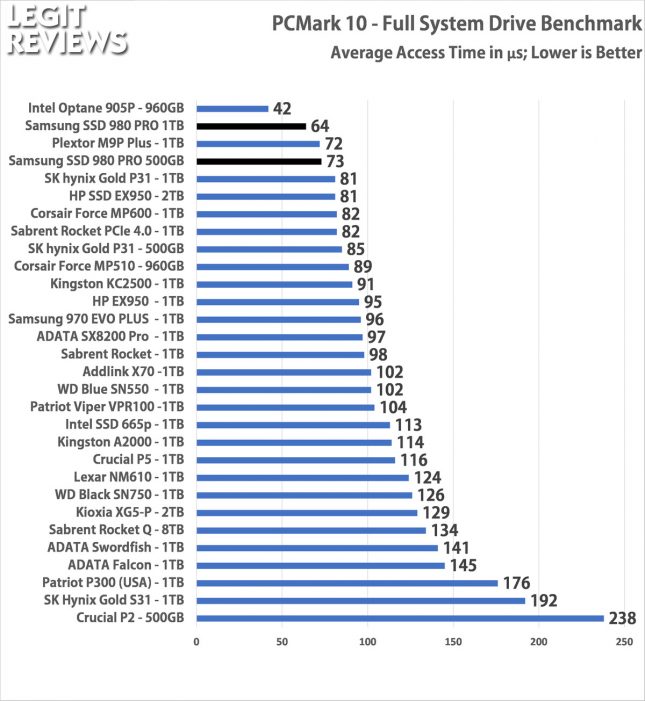 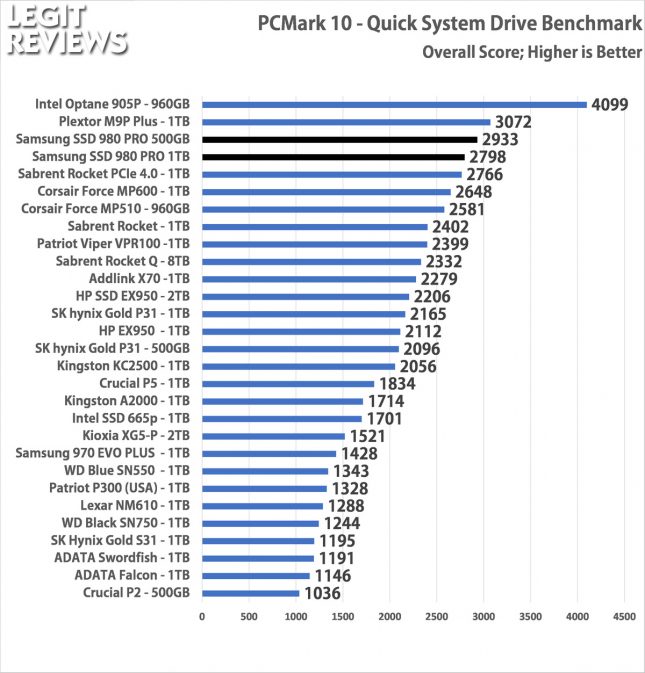 On this lighter workload the Samsung SSD 980 Pro drives were the third and fourth fastest drives that we have come across on this workload. 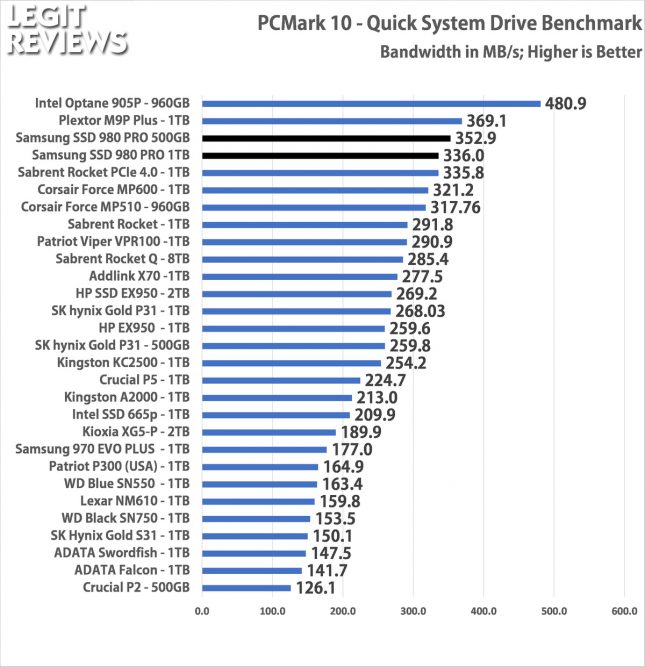 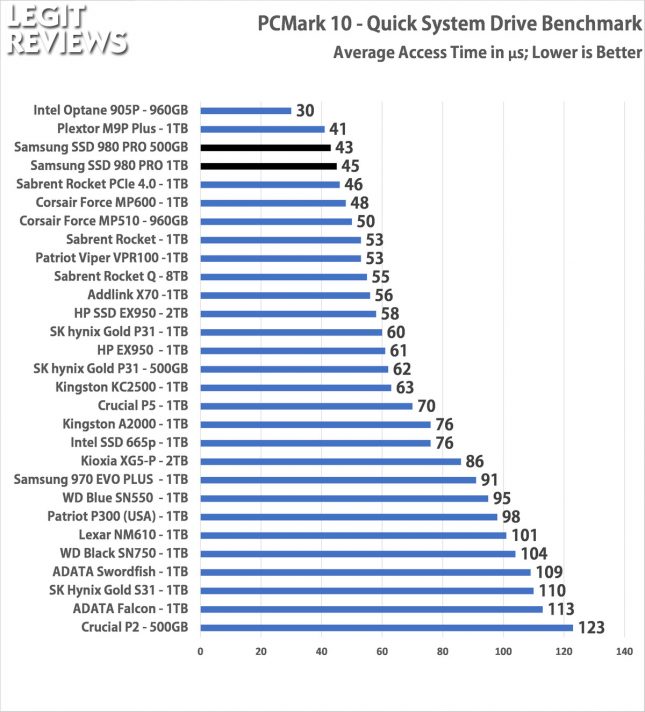 The average access time on the Samsung SSD 980 Pro was around 43-45 microseconds and that is really good for the quick system drive benchmark workload.