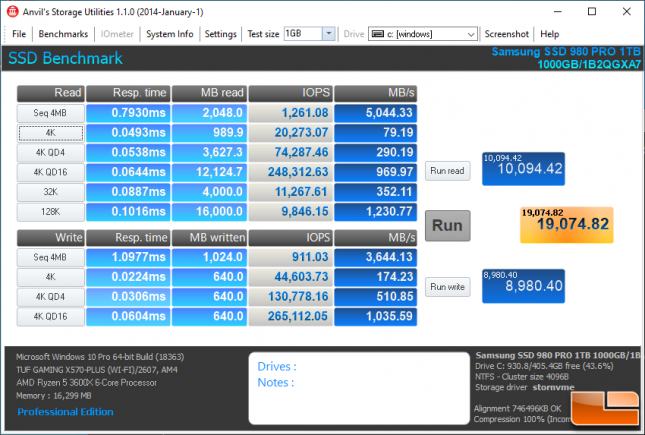 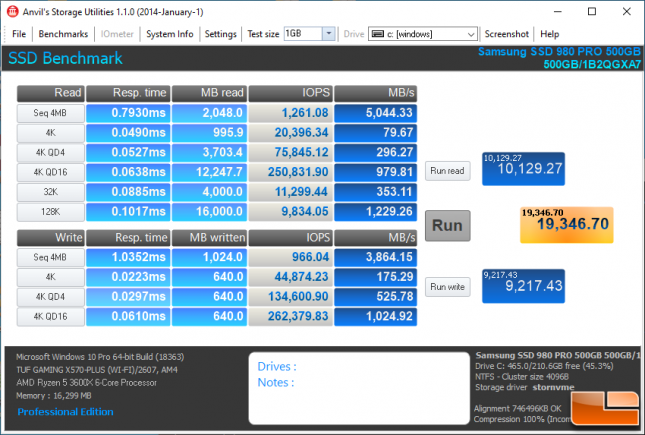 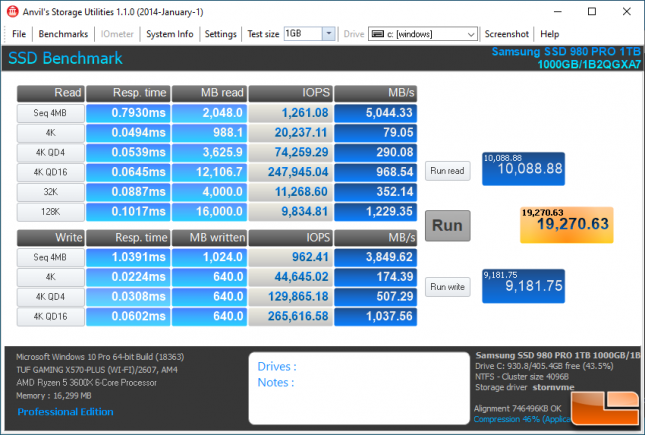 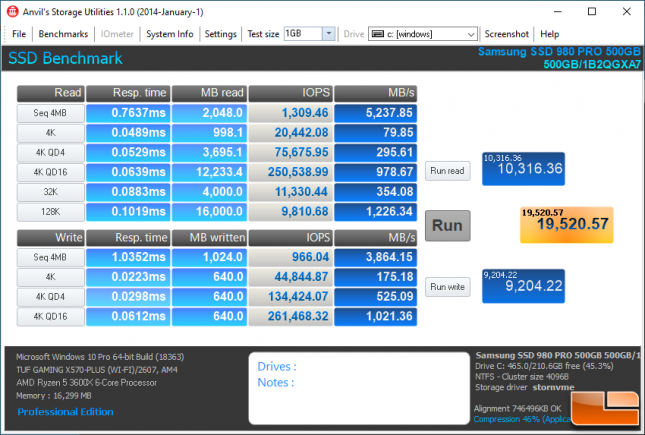 Benchmark Results: The benchmark results from the most recent build of Anvil SSD Benchmark showed that with 100% compression (incompressible data) that the Samsung SSD 980 Pro 1TB drive scored 19,074.82 points and the 500GB drive scored 19,346.70 points in the standard test with 100% compression. These are the highest scores that we have ever seen on this AMD X570 platform that we use for drive testing! Unreal performance numbers as we managed to hit over 5,000 MB/s read and nearly 4000 MB/s write on the sequential benchmark runs. Even the Random 4K performance was impressive with roughly 80 MB/s read and 175 MB/s write at QD1. 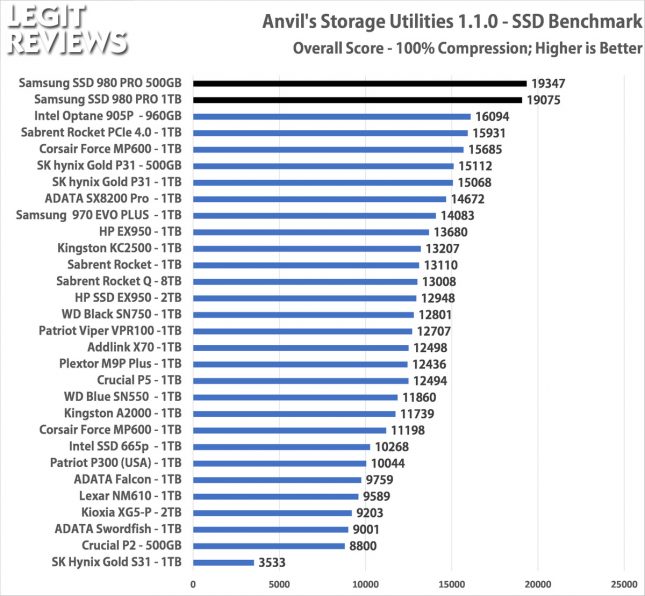 When we chart the score of the standard benchmark (100% compression) against all the other drives that we have tested on this system you can really see how far ahead the Samsung SSD 980 Pro 1TB & 500GB drives are over the competition. Samsung’s SSDD 980 PRO drives enjoy nearly a 20% performance lead over the next closest drive!