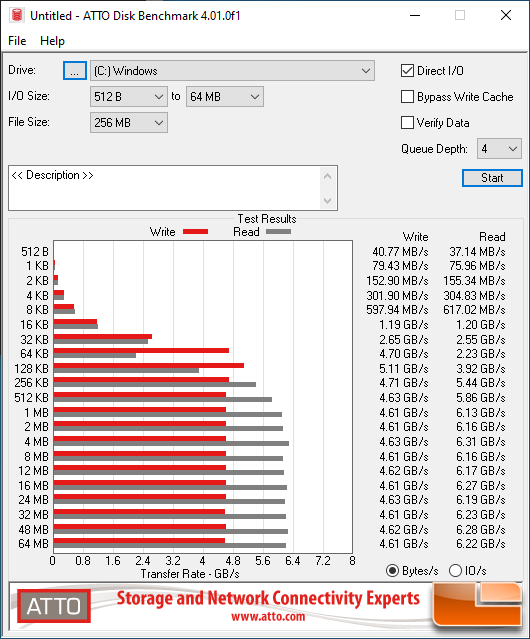 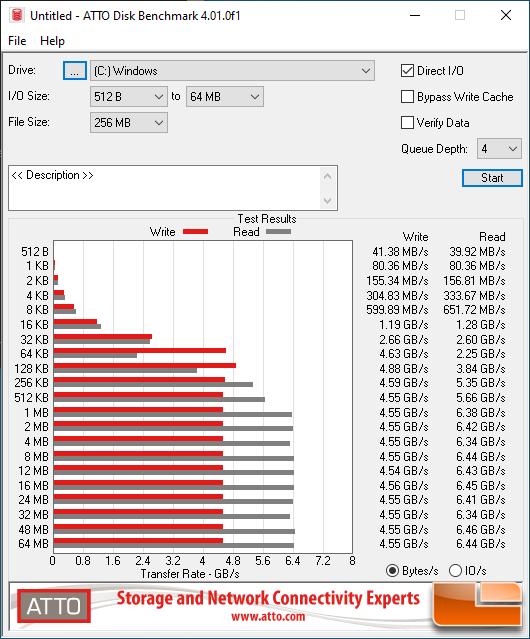 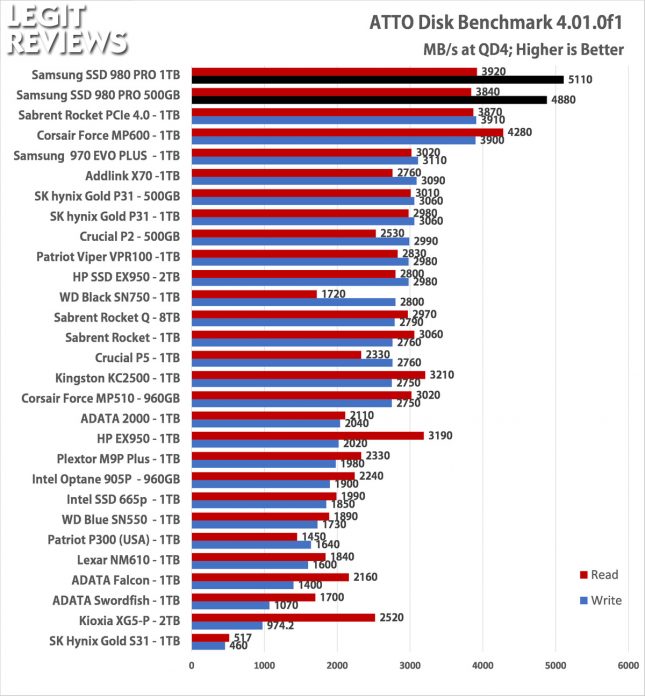 The write speed in ATTO Disk benchmark puts the Samsung SSD 980 Pro at least 1GB/s ahead of the nearest competitor, but at 128KB the read speeds are on par with other PCIe Gen 4.0 SSDs like the Corsair Force MP600 and the Sabrent Rocket PCIe 4.0 drives. 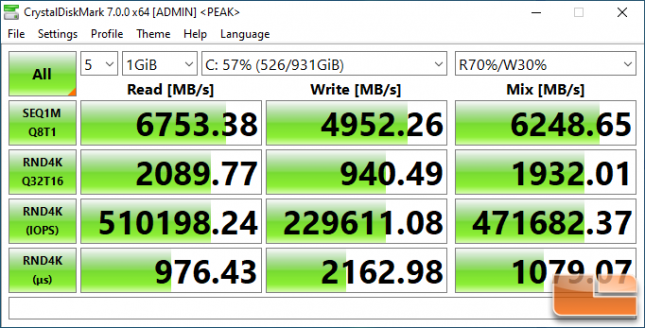 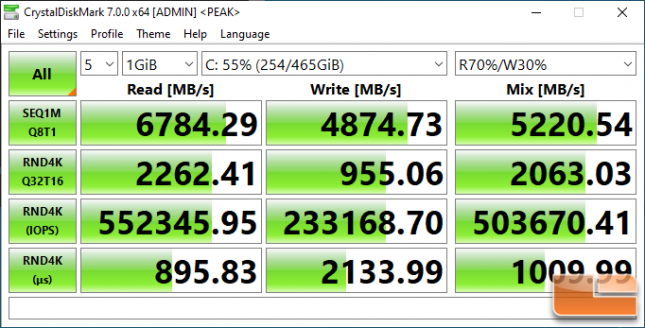 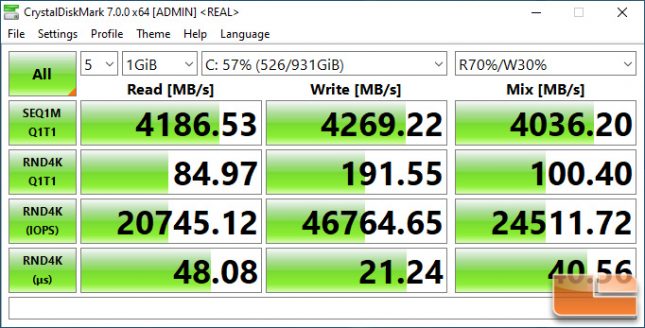 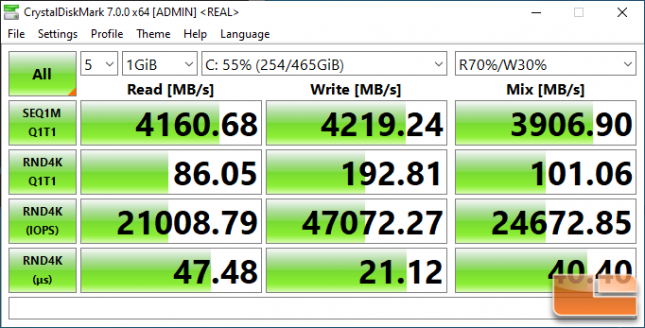