The Samsung SSD 980 PRO is one of the most highly-anticipated drives for 2020. It is the very first native PCIe 4.0 NVMe SSD to be introduced to the consumer market. Since it was designed from the ground up to run on the PCI Express 4.0 interface, the Samsung SSD 980 PRO series is capable of reaching read speeds of up to 7,000 MB/s and write speeds of 5,000 MB/s! Random 4K read/write performance tops out at up to 1,000,000 IOPS! Incredible numbers and that is possible on a standard M.2 2280 form factor single-sided drive that doesn’t require a heatsink.

Performance ultimately depends on the Samsung SSD 980 PRO drive capacity, so we’ve included the table below to give you a quick look at the key differences of each of the drives. The Samsung SSD 980 PRO 250GB is capable of reaching 6.4 GB/s read and 2.7 GB/s write whereas the 1TB model reached 7 GB/s read and 5 GB/s write. PCIe 4.0 has a theoretical maximum bandwidth is 8,000 MB/s, so we are starting to approach maximum sequential read speeds already! 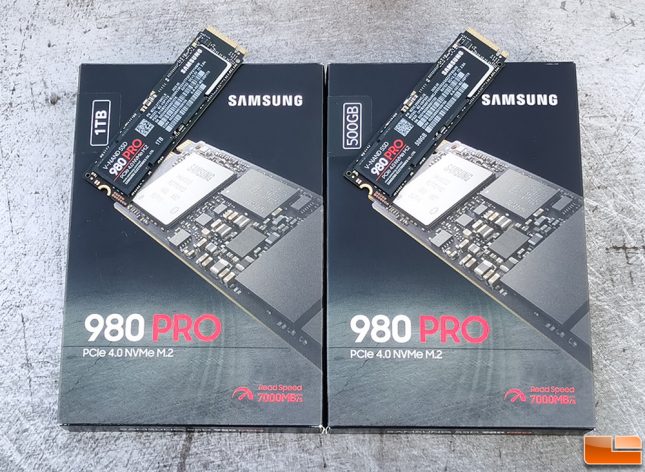 Samsung sent Legit Reviews both the 500GB and 1TB Gold Samsung SSD 980 PRO drives over for us to test on our AMD Ryzen X570 platform. We actually turned down the smaller 250GB model as our SSD test suite won’t fully fit on the drive as one of our workloads requires 200GB of free space to run. 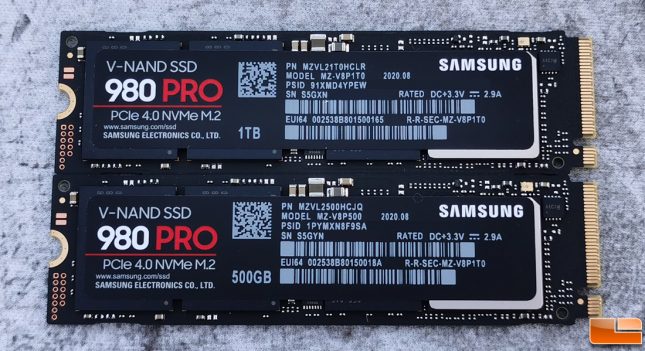 The Samsung SSD 980 PRO series features 6th Generation V-NAND that has over 100-layers making up the TLC memory. Samsung uses 3D charge trap flash (CTF) cells on this generation and claims it delivers 10% lower latency for read/write operations and offers up to 15% lower power than their previous V-NAND.

Samsung is also introducing a new SSD controller called Elpis that is built on the 8nm manufacturing process for the 980 PRO series. This is the industries first native PCIe Express 4.0 controller and supports 128 queues. The previous controller was called Phoenix and supported just 32 queues. 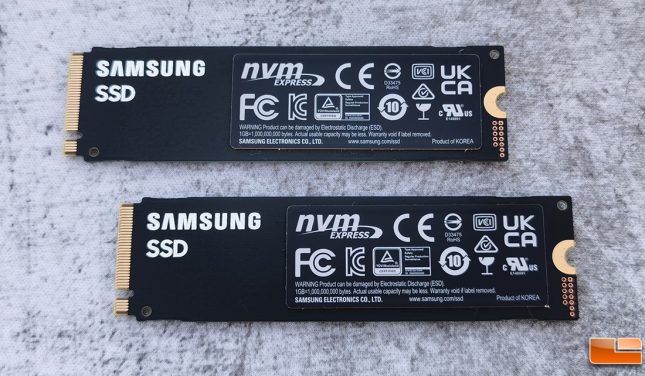 All Samsung SSD 980 Pro drives feature Dynamic Thermal Guard (DTG) technology to reduce thermal throttling. On the back of the SSD 980 PRO you’ll find a label that has a thin piece of copper in it to help dissipate heat. The Elpis controller on the front of the drive has a nickel coating on it that also helps to dissipate heat faster during heavy workloads. 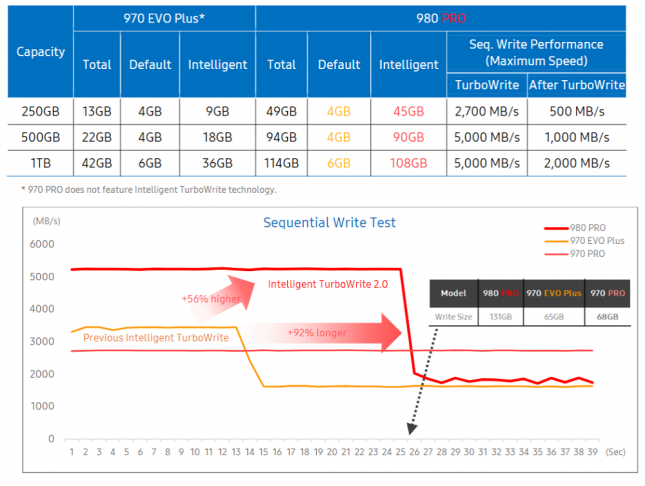 Samsung has also improved their TurboWrite 2.0 technology for the SSD 980 PRO drive series. The SSD 980 PRO 1TB model has 6GB pre-allocated for TurboWrite, but it can also allocate an additional 108GB to be used as a dynamic SLC buffer. The 970 EVO PLUS 1TB drive could only allocate up to 42GB of space, so this is a big change. Samsung says that TurboWrite 2.0 can be sustained for 92% longer periods of time and that means you can maintain higher write speeds during that time.

Let’s take a look at the test system and then show you how the Samsung SSD 980 PRO did on our usual test suite.