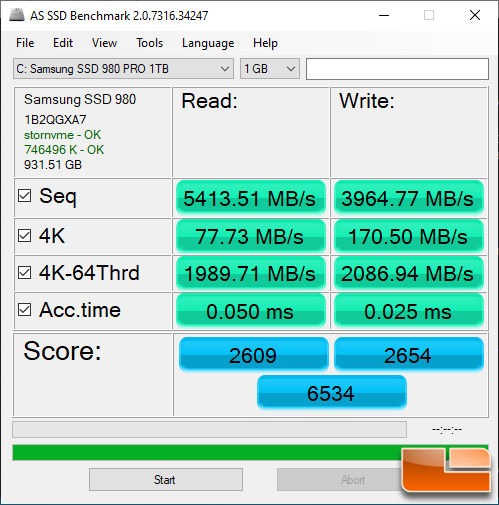 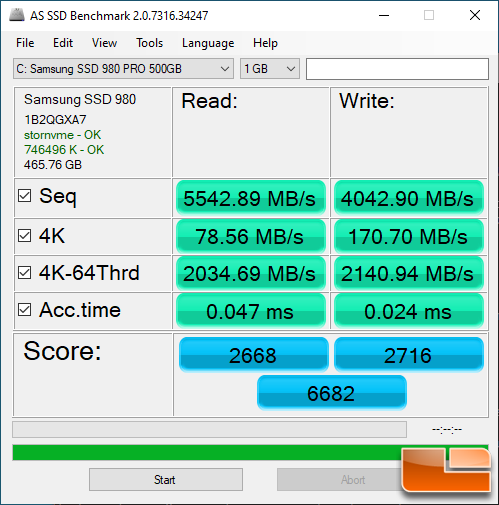 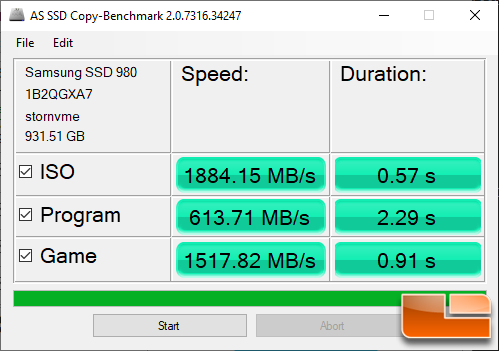 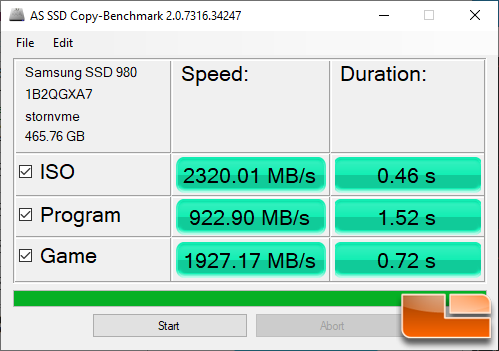 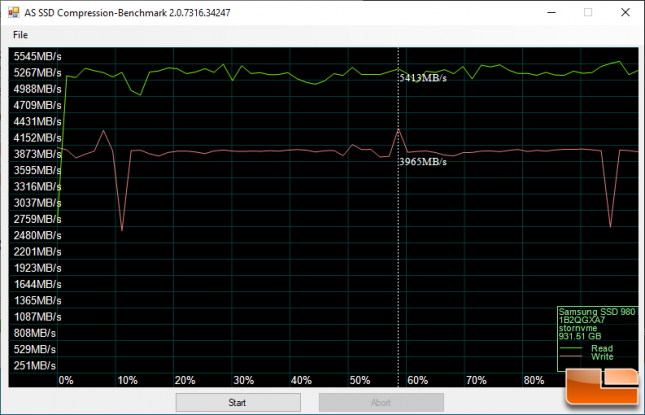 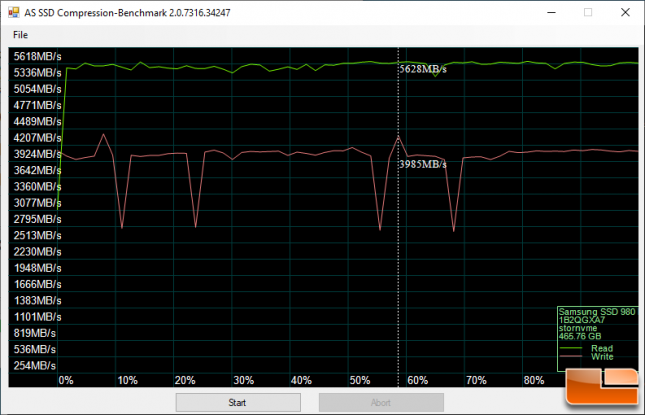 Benchmark Results: For this benchmark chart you would ideally want to see a straight line as you dont want any compression performance loss as the test goes from 0% compressible to 100% compressible data during the benchmark test period. Here we see the performance is relatively flat with two to four performance dips on the write test on both capacity drives.