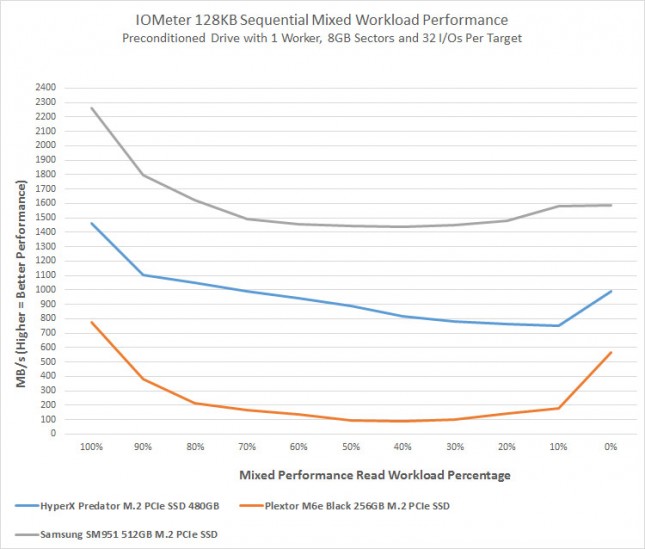 The Kingston HyperX Predator 480GB M.2 PCIe SSD did really well, but you can see the Samsung SM951 is in an entirely different place. The Plextor M6e 256GB drive uses a Marvell controller that is a generation older than the Marvell controller that is used on the HyperX Predator and you can see a massive performance gap between those two devices. If you bought a Plextor M6e or M6e Black you might be kicking yourself right now, but you never know just how good future devices will be! 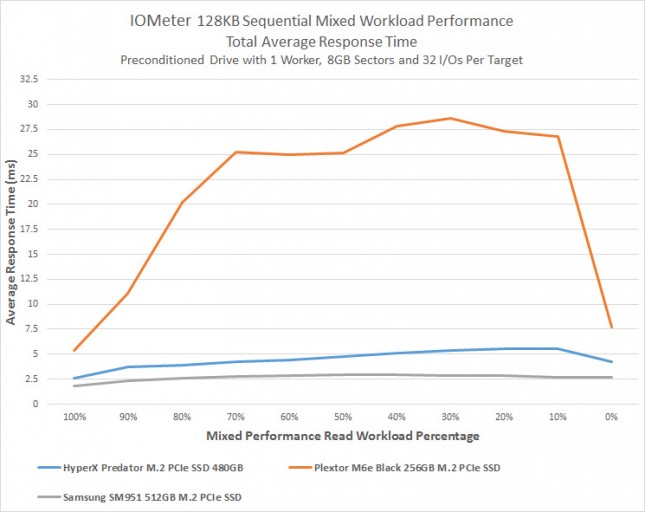 Ideally you want to be below 5ms with regards to the average response time for any given workload and the only drive that was able to not cross that threshold was the Samsung SM951. The HyperX Predator topped out at 5.58ms with 10% reads and 90% writes, which is still respectable. The Plextor M6e Black is way up there with nearly 28.7ms on the 30% read and 70% write test.