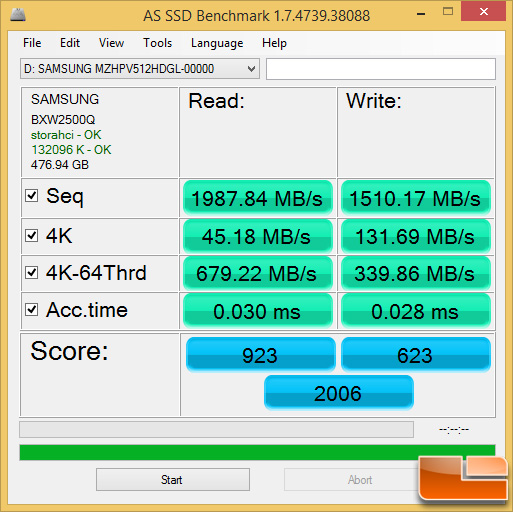 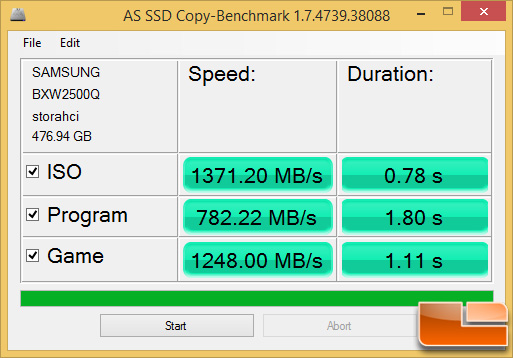 Benchmark Results: AS SSD showed the Samsung SM951 512GB M.2 PCIe SSD hitting 1988 MB/s read and 1510 MB/s write in the sequential benchmark with the overall score being 2006 points. This is the first time we have ever broken the 2000 point mark on the overall score with a single drive! 4K performance was observed at 45MB/s read and 132MB/s write. The AS SSD Copy-Benchmark showed ISO speeds of 1371MB/s and the game test hit 1248MB/s! 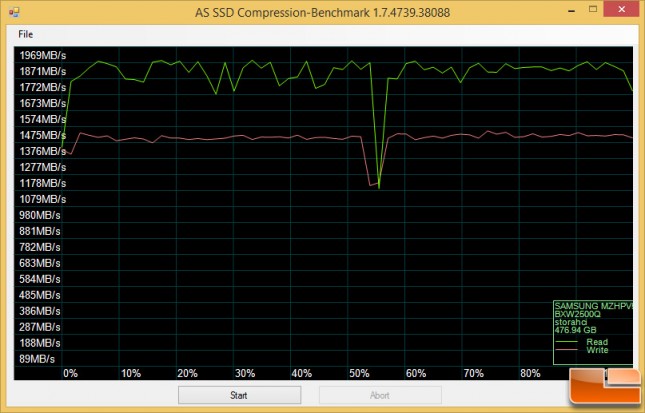 Benchmark Results: For this benchmark chart you would ideally want to see a straight line as you don’t want any compression performance loss as the test goes from 0% compressible to 100% compressible data during the benchmark test period. The Samsung SM951 512GB M.2 PCIe SSD wasn’t exactly smooth during the read and write test scenarios, but it wasn’t too bad especially at these speeds! 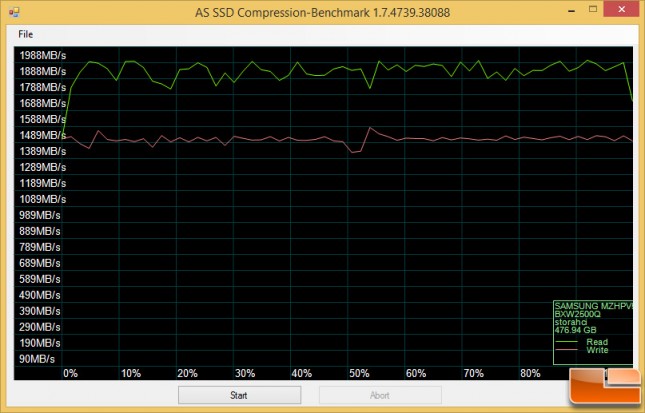 What happens if you Secure Erase the SM951 drive and then run the AS SSD Compression-Benchmark immediately after the Secure Erase was completed? The scores slightly go up, but there is still some jitter across the test that you can’t get rid of no matter the state of the SSD.

PCMark 8 is the latest version in Futuremark’s series of industry standard PC benchmarking tools. With PCMark 8 you can test the performance of all types of PC, from tablets to desktops. With five separate benchmark tests plus battery life testing, PCMark 8 helps you find the devices that offer the perfect combination of efficiency and performance. PCMark 8 is the complete PC benchmark for home and business. We ran the storage benchmark test suite on the Samsung SM951 512GB M.2 PCIe SSD. 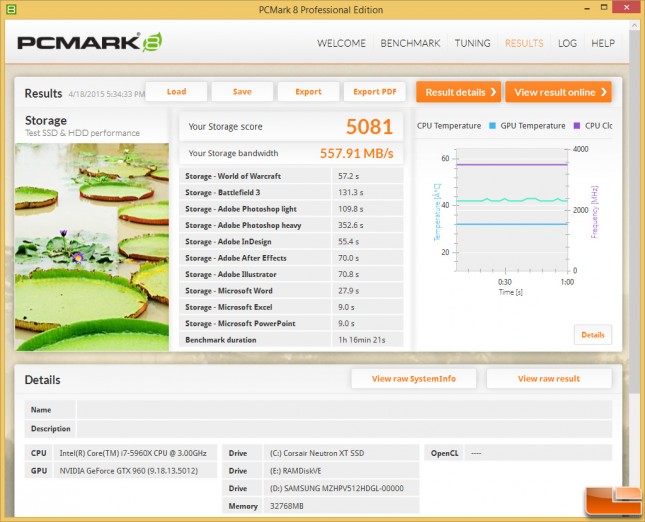