Building in the Thor v2 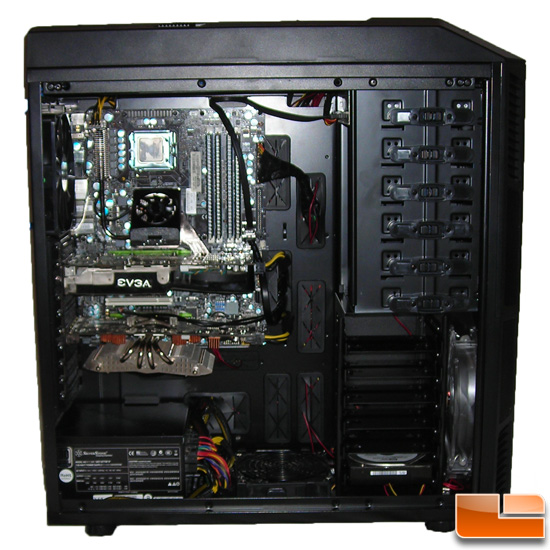 And here’s another fun build in the Rosewill Thor series of cases; this is a rather “bleak” system in some regards, compared to my last build at least, since it features the guts of my Folding @ Home rig, which shall live in this case from now on.

Right now, I’m waiting on a delivery delayed Antec Kuhler H20 920 to put on the Core 2 Quad Q9550 in there; and for those interested: 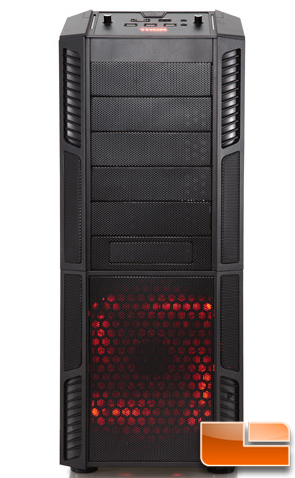 Since this case is gonna be a folding rig under a desk, and nothing I plan to show off often, I’ll be leaving the lighting off. If any of you were wondering, this is what the lighting looks like. The THOR logo on the top of the case, as well as the two strips to the left and right of it light up via 8 red LEDs.
Then the front mounted 230mm fan glows red with an On-Off switch located to the side of it.